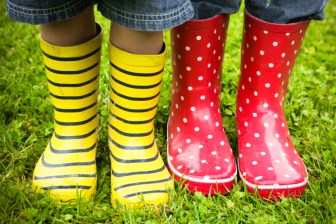 James Maguire acted for the mother in the case of Zaffino v Zaffino.   The parents were married and had six children.  In the autumn of 2004 the mother issued proceedings in the Superior Court of Justice, Ontario for permission to remove four of the children to the UK.  Prior to the resolution of those proceedings, she removed the children to the UK.  The father initiated return proceedings.  On the 26 May 2005 the High Court ruled that the two youngest children should be sent back to Canada but that their two older siblings could remain since they had objected to a return and were of a sufficient age and maturity to have their objections taken into account.  The father appealed to the Court of Appeal against the non-return of the two older children.

The appeal was allowed and return ordered; the Court of Appeal ruled that the objections of the two older children should not have led to an order for their non-return.  A majority found that the Trial Judge had erred in the manner in which he exercised his discretion once he found the Article 13 (2) exception to have been made out.  It should be noted that the application was processed in the most expeditious manner, with only two months elapsing between the removal and appeal hearing.

Newburger LG (now the Master of the Rolls) expressed broad agreement with regard to the approach in which the discretion of the Court should be exercised but he refused to find that the Trial Judge had erred in adopting the proper approach in principle as to whether the younger child’s objections were of sufficient strength, as to the balancing exercises or in assessing the position of the older children in its entirely before considering the youngest sibling.

This case of Zaffino v Zaffino was later considered by the Supreme Court (formerly the House of Lords) in Re M (Abduction: Child’s Objections) [2007] to FLR 72.  In that instant case, the child’s age and maturity was such that she clearly voiced objections to a return; and the mother’s appeal was successful.  Baroness Hale on behalf of the full Supreme Court, considered how discretion should be exercised in all cases of child abduction.  She reviewed the existing case law and disagreed with the approach in the case of Zaffino.  Baroness Hale concluded that an additional test of “exceptionality” had made its way into the exercise of the Court’s discretion.  She affirmed that it was wrong to import any test of exceptionality into the exercise of discretion under the Hague Convention.

Maguire Family Law is a specialist firm of Family Law solicitors based in Wilmslow & Knutsford, Cheshire. We offer legal advice to parties going through a divorce including the financial issues which flow from this and children matters including child maintenance.  We can also advise on Schedule 1 Children Act 1989 applications.