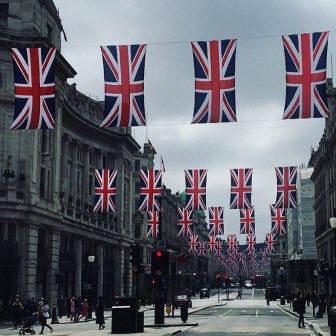 The team here at Maguire Family Law have today been reflecting on the outcome of the EU referendum. As experts in dealing with relationship breakdown, we all have ideas on how the exit from the EU could be managed in a way which does not have a detrimental impact on everyone involved.

Just as with the breakdown of a marriage, there are key areas to consider:

The formality of a divorce is one of the first things that our clients often raise with us. In terms of the EU referendum, parallels can be drawn with the need to give notice to the President of the European Council under Article 50 of the Lisbon Treaty.

As with a divorce, this is simply the starting point of a much broader process where the separating parties have to deal with the practical issues arising from their separation.

In family law, we have to look at the divisions of assets on divorce i.e. what will happen to the family home, should there be any sharing of the parties pensions.

In terms of a British exit from the EU, the government will be looking at what aspects of the EU we want to try and keep and those which the government thinks we should distance ourselves from.

Much has been made of the extent to which people in Britain are affected by the rules made in Europe. As family lawyers, we frequently find ourselves referring to pieces of legislation such as Brussels IIa and the EU Maintenance Regulation. Nigel Shepherd, Chair of Resolution has released a statement highlighting that we do not yet know what withdrawal from the EU will mean for measures such as these.

We also have to consider the uncertainty that the outcome of the EU referendum has created. It was widely reported at the time that many people considering divorce at the time of the economic crash in 2007 / 2008 put off finalising their divorce and financial matters because they could not afford to separate. Unfortunately, as skilled as we are as lawyers, we do not have crystal ball and cannot predict where we will be in 2, 5 or even 10 years’ time.

So what does this mean for me?

If you are considering applying for a divorce then we would always advise clients to seek legal advice at an early stage. We will certainly be able to advise you as to your current legal position and can highlight those areas of the law which have been influenced by our current membership of the EU.

If you are concerned about how your circumstances may change in the future then we can explore your options to start matters now. Any decisions that you do take may also be informed by the ongoing media coverage, alongside appropriate financial advice.