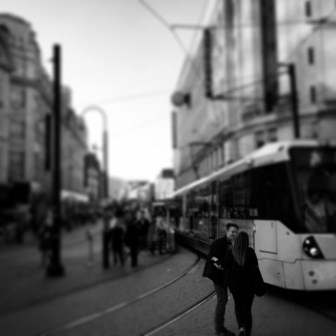 I never thought I would be quoting Kanye West in a family law blog but that’s life and the lyrics are well known and relevant!

Who wants a pre-nup then and, more importantly, why?

There are obviously many reasons why someone may wish to consider a pre-nuptial agreement, for example, to protect family money or pre-acquired wealth. Or to put it another way to limit the claims of that “gold digger”…

People often say, however, that pre-nuptial agreements are “not worth the paper they’re written on” but there have been some important changes in recent years; and potentially changes to come in the future.

So, for those wishing to consider entering into a “pre-nup” it is important to look at some basic guidance; and in the knowledge that these types of agreement need to be dealt with properly, tailored to the individual circumstances of the case and with expert family law advice. No two are ever the same.

So where do we start?

When people marry then each acquires a whole host of matrimonial rights and entitlements so far as England & Wales is concerned.  Although this is not exhaustive, such rights would include:

With or without a nuptial agreement an English Court always retains discretion to see what is fair when dividing the matrimonial assets.  Very quickly, the Court is guided by a number of statutory factors when weighing up the division, to include (but again not exhaustive):

It is true that nuptial agreements are not enforceable in English law but such agreements are very persuasive and certainly conduct that should be taken into account.  By this, I mean that if parties enter into a marital agreement and at arm’s length, then the Court will say why should it interfere or intervene?  If the parties are quite happy to agree matters between themselves then there would need to be a good reason for the agreement to be overturned or departed from.

Guidelines have therefore been developed where parties wish to enter into a pre-nuptial agreement. Such an agreement therefore would carry little or no weight before a Court if any of the following circumstances were found to apply:

It also very important that there is financial disclosure; in fact for any such agreement to have the best effect then the disclosure should be as full as possible. It is also crucial that financial provision is considered for all parties and any relevant children (or future children). By this I mean where parties are to live, how this is to be funded, what are they to live on in terms of income and maintenance; and so on.

If the level of financial provision proposed is very low (or non-existent) there is always the possibility that agreement may be departed from in the event of:

Particular care should also be taken where there is an international element to the case.

At this time of year I often start to receive enquiries about pre-nuptial agreements particularly as parties start to plan for summer weddings. In fact, I am also seeing more and more post-nuptial agreements where parties are wishing to regulate their financial affairs whilst married. With all of this it is also important to consider making a will.

These are very sensitive types of agreement and perhaps for obvious reasons; and if they are entered into then they should be done so properly and with expert legal advice.