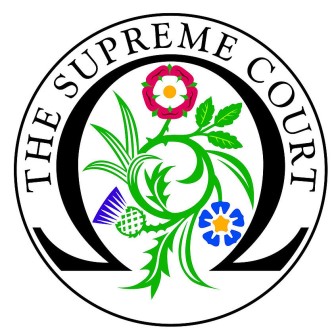 Today the Supreme Court has given its ruling in the long awaited Villers v Villiers divorce case.

The Scottish aristocrat, Charles Villiers filed for divorce in Scotland in 2014 and where he and his wife, Emma Villiers, had spent most of their married life.

Prior to this, the wife issued a petition in England in 2013, no doubt because it was the better jurisdiction for her in terms of financial outcome. Her divorce petition also included a claim for financial orders.

However, when the husband issued his writ in Scotland in 2014 and the effect of this (due to the relevant law concerning the countries) was that the divorce application needed to be heard there. This was because Scotland was the place they had last lived together.

The wife’s acceptance and tactics

The wife accepted this and in 2015 she consented to an order dismissing her English divorce petition. The husband’s writ then proceeded in Scotland.

What did the husband do?

The husband applied to stay (put this on hold) the wife’s application or for it to be dismissed on the basis that:

The Supreme Court, by a majority, dismissed the husband’s appeal

Lord Sales gave the lead judgment and stated that the husband’s divorce proceedings in Scotland were not a ‘related action’ within the meaning of article 13 of the Maintenance Regulation.

However, Lord Wilson dissented, saying the adverse consequence of this decision is that there ‘will be untrammelled licence given to a wife to go forum shopping, in other words put her husband at an initial disadvantage unrelated to the merits of the case’.

The judgement can be seen here.

What does this mean?

First of all, although England and Scotland are close geographically speaking, they are actually poles apart in terms of matrimonial finances.

Parties will often employ tactics to choose the country (whether in the EU or beyond) which best suits their case in terms of financial outcome, if they can.

This ruling shines a light on the fact that (rightly or wrongly) the English court will attempt to protect the more vulnerable party; and also the fact that England is seen as the divorce capital of the world.

The downside is that parties will often use secret tactics to claim jurisdiction and that can negatively impact of the way the case proceeds, it can be more difficult to resolve the finances and/or we can end up with two countries attempting to deal with a divorce case, it becomes eye wateringly expensive, can cause delay; and, directly or indirectly, it can negatively impact on any children.

This ruling may also open up the debate on forum shopping and added to the mix is Brexit and this will impact on our family law which is very much entwined with EU rules.

But whilst every case is different, it seems to me that a financially weaker party will attempt to bring a case in England and we can end up with even more ‘divorce tourists’.

This is a very niche area of law and specialist family law advice from a solicitor is needed. I am a specialist English solicitor and a fellow of the International Academy of Family Lawyers; and can help in these types of international family law cases.