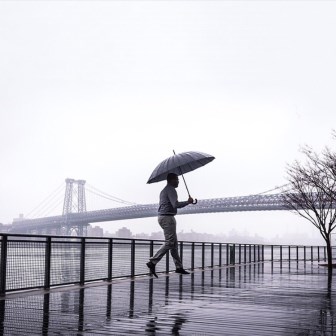 Occasionally a divorce or family law case is reported with a very interesting, unusual and often sad background. My attention was drawn to the recent case of WA –v- Executors of the Estate of HA & others in which the husband and wife were divorced and agreed a financial settlement that included the wife making a lump sum payment to her husband of £17.3 million.

It was a ‘big money’ case as the wife was from an incredibly wealthy background and so on the face of it there is nothing unusual in a lump sum of that level being paid.

However, the circumstances of this case stand out because the husband tragically committed suicide only three weeks after the court had made the financial order.

The wife subsequently applied back to the family law court.

The parties had married in 1997 but by 2014 the marriage had irretrievably broken down and divorce proceedings were issued.  The breakdown of the marriage had a very notable detrimental impact on the husband.

To their credit the parties agreed a financial settlement; the husband would receive £17.3 million.  The wife was described as being “fabulously wealthy”.

The wife’s application to set aside

The wife asked the court to revisit the financial settlement and applied to court to set aside the original order. She asked (1) to be reimbursed for the £8.67million she had paid to her now deceased ex-husband on the basis that he no longer needed it, and (2) for the court to rule that she did not need to make the second lump sum payment.

The wife was successful in relation to the second element of her application and the court agreed that it would not be appropriate for the wife to have to pay any further monies due under the original order.

However, the wife was only partially successful in relation to her wish to have the £8.67 already paid returned to her.

The court decided that the £17.3 million figure should be reduced to £5 million.

The wife sought to rely on the principles established in the case of Barder –v- Barder.

In that case the wife had died within three months of a final financial order being made and the principles of Barder had been applied on numerous occasions since in circumstances where a certain significant event happens after a divorce settlement has been made by the court.

The four basic principles to come out of Barder were that the court would need to be satisfied of the following before it will grant permission for a party to a financial settlement following divorce to appeal out of time for the settlement to be reviewed:

In WA-v-HA case the court decided that the husband’s death could be considered a ‘Barder event’ and took the view that it was appropriate to consider what order would have been made had the Judge foreseen that the husband would die so soon after the order being made.

Moore J concluded that the husband’s death was not foreseeable and he made a finding that the reports into the husband’s mental health were positive by September 2014 and as such he would not consider that the husband’s suicide would have been a realistic possibility at the time the order was made.

The Judge went on to state that he was satisfied that the husband’s claim was primarily based on needs and therefore the needs aspect of the £17.3 million was no longer applicable because the husband had died. This was the crucial factor as to why the Judge decided to reduce the lump sum to £5 million.

The court did not accept the wife’s case that the entire lump sum was based on needs and decided that effectively a one third share of the wife’s net interest in the former matrimonial home would have been an appropriate award made based on a principle of sharing rather than need. That one third interest was deemed to be £5 million.