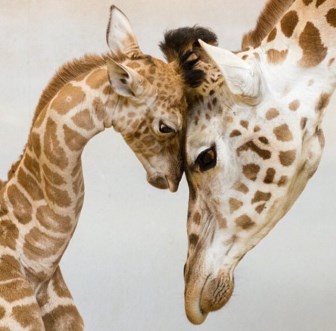 The international relocation of children

There are many factors to be considered if you are thinking of relocating with your child.

As we all know, the world is a small place. More and more people are moving between countries and border; working and having relationships. Children are often the fruit of such relationships. But what happens when one parents wants to relocate back to their ‘home’ country or to a different country for work reasons?

The purpose of this blog is to look at this problem, what the recent family law cases say and what steps you might wish to take in preparation whether (a) in support of your wish to relocate with a child or (b) to object to any such relocation.

At the heart of the problem is the tension between what might be seen as a reasonable desire for the primary carer to relocate and the dislocation of contact to the other parent.

In a recent international relocation case of NJ v OV [2014] the High Court needed to consider whether to grant permission to a Swedish mother to remove a 5 year old permanently to Sweden and where the child had lived in London for her whole life.

In deciding the application Mr Justice Mostyn reviewed the family law cases, and re-emphasised the principles to be applied from his previous decision in TC v JC (children: relocation) [2013 EWHC 292 (Fam) as follows:

The mother’s application to relocate with the child was granted.

The courts have also recently revisited the principles to be applied in removing children from the jurisdiction on an interim basis. In C v K [2014] The High Court was tasked with deciding whether a mother should be granted permission to remove two children aged 5 and 3 to Algeria, a non-Hague country.

The High Court reconfirmed the principles set out in Re A that the court should consider in such circumstances:

(i) Whether the travel was in the best interests of the child;

(ii) The court must be satisfied that the advantages outweigh the risks to the child’s welfare;

(iii) Any safeguards to minimise the risk of retention must be capable of having a real and tangible effect in the jurisdiction they are to operate and be capable of being easily accessed by the UK-based parent;

(iv) In most cases there is need for the effectiveness of any suggested safeguard to be established by a competent expert; and

(v) If in doubt the court should err on the side of caution and refuse to make the order.

The judge referred to paragraph 19 of the decision in Re K  that it is necessary for the court to consider, and keep in focus at all times the following:

(i) the magnitude of the risk of breach of the order if permission is granted;

(ii)  the magnitude of the consequences of a breach; and

(iii) the level of security that may be achieved by building into the arrangements all of the available safeguards.

Here the judge declined the mother’s application to take the children to Algeria.

In support of international child relocation

Although not an exhaustive list some points you should consider are:

(1) A history of your relationship with the other parent

(2) Your reasons for wanting to relocate

(3) Information about your accommodation in the new country

(4) Details of schools for each of the children

(5) Financial issues, to show the proposed relocation is financially viable

(6) Any immigration or visa issues

(7) How childcare will be organised in the new country

(8) Your links to the new country

(10) The children’s knowledge and experience of the new country, if any

(11) A map of the area where you propose to live

(12) Any special factors such as cultural, racial or religious issues.

To object to international child relocation

If you are instead objecting to the relocation of the child, you might want to consider the following (again not an exhaustive list):

(1) The extent of the loss of contact between yourself and the children and its effect on the children and yourself, including practical difficulties over the contact arrangements in the new country.

(2) The current contact arrangements and/or your current involvement in caring for the children and how you and the other parent could continue to co-parent in the event that relocation does not take place.

(a) The network of support, or lack of it, in the new country;

(b) educational arrangements and their suitability or otherwise for each child, as compared to the present arrangements;

(4) Any other concerns about the new country.

(5) Each child’s wishes and feelings and what you understand to be their view of the proposed move and wish to remain here, if that is the case.

(6) Emphasise the links the children have and the impact of the loss of significant relationships with the children’s friends and wider family network (including grandparents) as well as the loss of everything else that the child has in the UK.

International child relocation cases are difficult both legally and emotionally. Neither outcome is really desirable. On the one hand if permission to relocate is granted it will have a significant impact on the contact between the child and the other parent. If, however, permission is refused then the parent with care may feel trapped and unhappy for obvious reasons and this may have an impact on the future care of the child or children.

Whether you are a parent seeking to relocate permanently abroad with your children or a parent who wishes to oppose their relocation abroad with your former partner, researching and preparing your case thoroughly will be key to your success or otherwise. The role of your legal team will be crucial in the presentation of this information, so as to give you the best chance of success before the court.