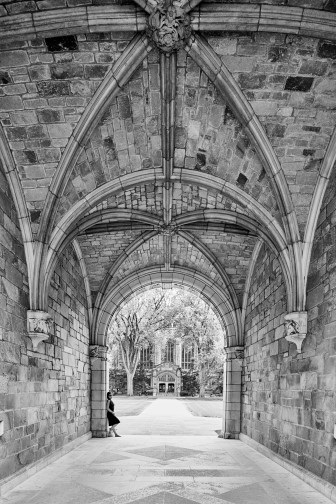 House of Lords state that the Divorce, Dissolution and Separation Bill confers Henry VIII Powers on the Lord Chancellor

The House of Lords has now released their report following debates on the Government’s proposed Divorce, Dissolution and Separation Bill which, if passed, will see the end of fault based divorce. Whilst the House of Lords were in favour of the amendments to the Matrimonial Causes Act 1973 and the Civil Partnership Act 2004,  concerns were raised in relation to so called “Henry VIII Powers” in relation to timescales which would enable the Lord Chancellor to alter the reforms without parliamentary scrutiny.

Referring to King Henry VIII’s preference to legislate by proclamation rather than through Acts of Parliament, King Henry VIII Powers are now used with reference to any clauses in proposed Bills which would give ministers the power to repeal or amend provisions in an Act of Parliament without Parliament’s approval. The House of Lords often pay particular attention to any such proposals in Bills because of the way it shifts power from the legislature (Parliament) to the executive (Government).

The Bill itself revises the legal processes set out in the Matrimonial Causes Act 1973 for married couples to obtain a divorce or judicial separation, and the Civil Partnership Act 2004 for civil partners to dissolve their civil partnership or obtain a legal separation; the major amendment being the removal of the requirement for a party seeking a divorce, dissolution or separation to provide evidence of conduct or separation “facts”.

The issue the House of Lords have raised is in relation to the introduction of a new minimum timeframe of six months (26 weeks) between the first (Divorce Petition) and the final stage (Decree Absolute stage) of the divorce or dissolution process. This 26 weeks will be made up of a new minimum 20 week period between the start of proceedings and confirmation to the court that a conditional divorce (Decree Nisi stage) or dissolution order should be made, combined with a minimum six week period between conditional divorce (Decree Nisi) or dissolution order and the making of the final order (Decree Absolute).

The House of Lords says the proposed amendments confer so-called Henry VIII powers on the Lord Chancellor to shorten the timeframe between the first and second stage of the divorce process. The Government’s position is that the Lord Chancellor would be able to alter the minimum timeframes if ‘policy considerations’ made it appropriate. However, the House of Lords says the Government ‘has given no consideration at all as to what the policy considerations might be’ and described their position as a ‘very weak justification for an important Henry VIII power’.

The House of Lords went on to say that: ‘New section 1(8) of the MCA permits a court to reduce the length of either stage of the divorce process in a particular case. This might allow a judge to shorten either stage if, for example, there is an urgent need to finalise a divorce in order to protect an applicant from an abusive spouse or civil partner. It is therefore wholly unclear to us why the government need to have powers which allow them to change the length of both stages for all divorces.’

The House of Lords has therefore recommended that the relevant clauses be removed from the Bill “on the ground that they contain an inappropriate delegation of power.”

For further updates on the progress of the Divorce, Dissolution and Separation Bill, please keep following our blog posts at Maguire Family Law.