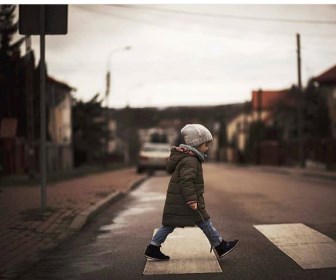 Family law organisation, Resolution has released the result of a national poll of young people aged 14-22 with experience of parental separation, the results are clear:

Eight out of ten would prefer parents to split up rather than stay together if they are unhappy.

The majority of married couples going through a divorce will seek to prioritise the best interest of a child and protect them from ‘adult issues’ which often involves parents shielding them from the stark reality of the matter, that mum and dad are unhappy. While this sentiment is endorsed by the judiciary, the latest poll results have given the children a voice and it is safe to say, that they have used the opportunity to speak out.

A striking and overwhelming majority (82%) of the young people surveyed said that, despite their feelings at the time, they felt it was ultimately better that their parents divorced rather than stay together unhappily.

The figures have been released in anticipation of long overdue advice to be released by Parliament to support divorcing parents. Key findings from the research shows that children and young people want greater involvement in decision-making during the divorce process:

As specialist family solicitors, Maguire Family Law recognise that a divorce is an incredibly unsettling time that can unbalance the whole family life. From our experience, it is often the uncertainty surrounding the future that is most unnerving part for a child, as opposed the immediate separation of parents.  It is true that the fear of the unknown is often the most worrying part for adults and children alike, but there are steps that can be taken to restore a sense of stability and ‘normality’.

On the back of the survey results, one thing is clear, children do not wish to be excluded and have expressed a desire to feel empowered in the decision making process.  Of course, there is a balance to be struck, and parents should be mindful of dragging children into adult matters that may add to their feelings of worry and uncertainty. However, if handled with care, a child may benefit from being kept ‘in the loop’ about the reality of the situation. Parenting experts and child behavioural therapists actively encourage parents to speak to children about separation and divorce along every step of the way and remind parents that for a child, it is important to instil a sense of security for the future. This may involve speaking frankly to a child about the inevitable adjustments that will take place but reminding a child that whatever the future holds they are loved by both parents.