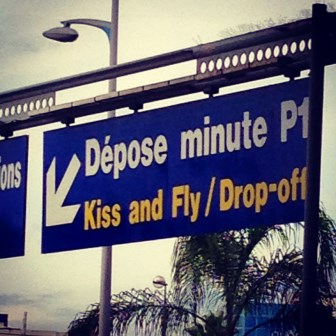 The divorce of a Veterinary Surgeon and his home maker wife from Suffolk would not normally generate sufficient interest to find its way into the national media and yet that is exactly what has happened this week.

Ian and Tracey Wright have found themselves the subject of widespread media interest and details of the financial order made following their separation has led to much commentary and opinion from family lawyers and the general public in equal measure.

The original financial order for spousal maintenance was made years ago but the case has only now really become interesting because the terms of the order have now been varied, in the husband’s favour.

Many of the newspapers have focussed on the fact that Mrs Wright was apparently told by the court to “get a job” rather than relying on the £75,000 a year maintenance award given to her at the conclusion of the divorce proceedings.

The case is being described by some as a ‘game changer’ in how the family law courts approach the issue of spousal maintenance.

On closer review of the judgment it is clear that the court did not quite put it in such a blunt or direct way as the media have reported but it is fair to say that the case could provide some encouragement to those spouses who are paying ongoing maintenance to their former wife, or indeed husband, and feel that the amount should be reduced.

The facts of the case are nothing out of the ordinary. Mr Wright is a successful equine surgeon who separated from his wife in 2008 after they had been married for 11 years. They have two children.

The family home was sold and the Wife purchased a £450,000 house free of mortgage with her share of the money. The Husband was ordered to pay £75,000 to the Wife for the benefit of her and the children together with school fees (Child Maintenance). £33,200 of that amount was to meet the wife’s financial needs in the form of periodical payments, or as it is more commonly known, spousal maintenance.

Mr Wright returned the matter to court last year and sought a variation of the amount of spousal maintenance he was ordered to pay. He felt that his former wife had not made sufficient efforts to earn her own income by getting a job and rather she was happy to continue to simply rely on the ongoing spousal maintenance.

Mr Wright was successful and the court has ordered that the amount of spousal maintenance should be phased out over a five year period with there being a gradual and staggered reduction. The payments will cease altogether when the Husband reaches 65 years of age.

The aspect of this case that has caught the media and the public’s attention is obviously the fairly scathing comments by the Judge who was less than impressed with the Wife’s case and who criticised her for being “evasive on the subject of her own earning capacity”.  The Judge went on to say that “the world of work has innumerable possibilities these days…… vast numbers of women with children just get on with it as Mrs Wright should have done as well”.

The Judge also commented that “I do not think the children will suffer if Mrs Wright was to work, and indeed a working mother at this stage of their lives may well provide them with a good role model.  It is possible to find work that fits in with childcare responsibilities and I reject her other reasons relating to responsibilities for animals, or trees or housekeeping.  Mrs Wright has made no effort whatsoever to seek work or update her skills.  I am satisfied that she has worked on the basis that she would be supported for life”.  The Judge concluded that “It is essential that she starts to work now”.

I do not necessarily share the view held by some that this case represents any sort of “landmark ruling”.  The law in respect of spousal maintenance continually evolves and each case is determined on its own facts.  I do not see anything in this case that represents a significant ‘sea change’ that will have a huge influence on future cases.

The leading authority in respect of spousal maintenance are the cases of Miller v Miller  and McFarlane v McFarlane and those cases establish, amongst other things, the principle that a an entitlement to spousal maintenance should be calculated by reference to the payee’s needs alone.  In other words the starting point when assessing the amount that spouse should receive by way of maintenance is to calculate his or her reasonable needs with the amount of maintenance limited to a figure to meet those needs.  That is, of course, on the basis that the paying spouse has the means to make the payments.

This means a spouse relying on maintenance would not share in the payer’s income over and above a sum to meet their reasonable needs save for in exceptional circumstances.

Similarly, it is not the case that where there is a spousal maintenance order in place that there will be an increase in the amount paid simply because the payer’s income may have gone up. As long as the receiving spouse’s reasonable needs are being met, the maintenance will continue at the same rate.

There is no clear definition of what amounts to ‘reasonable needs’ and that is frequently an issue that the courts have to decide upon. One person’s ‘reasonable’ is another person’s ‘excessive’.

The court will take into account all the circumstances of the case including the length of the marriage, the ages of the parties, the ages of any children of the marriage, the ability of the paying spouse’s to meet what is being sought and also the receiving spouse’s ability to earn his or her own income or increase their existing income over time.

Therefore, to some extent there is nothing new in the case of Mr and Mrs Wright in that the court has decided that, after a reasonable period of time, Mrs Wright had not made sufficient efforts to maximise her earning capacity and thus it was reasonable now for her to do so.

As is always the case the court examines the paying spouses’ ability to continue to make the spousal maintenance payments and in this case Mr Wright is approaching retirement age and inevitably his income will decrease in the foreseeable future.

It is far too simplistic to say that this case is bad news for wives seeking maintenance and good news for husbands who are facing the prospect of paying it. I believe that the case simply reflects the existing legal approach to the variation of spousal maintenance. The court will look at all the circumstances and as part of that exercise will consider what efforts, if any, the receiving spouse has made to earn her own money.

In Mrs Wright’s case the court decided that she could work but was choosing not to and made an order to reflect that. This surely only represents common sense and fairness rather than being a ‘game changer’.