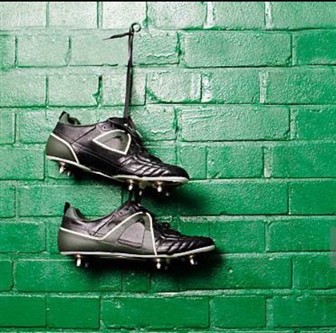 Ryan Giggs is a global footballing icon and an astronomical talent. But is he special? Is he a ‘genius’?

If you were to ask the writer (a season ticket holder at Manchester United) in a personal capacity, it is simply without question. The world has witnessed far too many blistering runs and stunning goals over the years to deny that fact. (Not to mention the trophies.)

If you were to ask the writer as a family lawyer, though, it would be a much tougher sell.

As has been widely reported in the media, within his divorce proceedings with his wife, Stacey Cooke, Giggs will seek to convince the Courts that he has provided a “special contribution” to his family’s wealth and, as such, should be awarded the lion’s share of their fortunes. This is a notoriously tough line of argument.

In the key case of White v White, the Court set out what would become a fundamental principle in family law, known as the ‘yardstick of equality’. Essentially, no longer did the Court have any sympathy with the view that the higher earning party to a marriage should keep the bulk of their wealth. Rather, the Court established the welcome notion that homebuilding, companionship, childcare and other such non-financial contributions to the marriage should be treated with no less value. For any high earning individual, it would be very difficult to reach their career potential without those roles covered by their spouse.

As a result, the starting point in any divorce is an equal division of the capital assets of the family. The next step of the assessment will then be consideration of any reasons for departing from that.  Most usually, this comes down to a question of needs and the discretion of the court and you can read about such a financial settlement here.

When there are millions in the pot, though, other arguments may come in to play.

There have been some rare cases in which the Court has heard, and agreed, that the breadwinner’s contribution to the marriage has been so extraordinary, so special, that this should be reflected in the division of assets.

Most famously, this happened in the case of Cowan v Cowan, where the bulk of the family’s wealth had been generated from Mr Cowan’s plastic bin liner business – a business described as ‘genius’ by the judges.

This has subsequently been limited by the case law that followed. It is restricted to exceptional cases. In order to successfully argue this, a party would need to show that certain je ne sais quois. The “seed” of genius. It isn’t enough to be very good at what you do, nor is it enough to have worked very hard. In addition, the Court will always be very cautious not to unduly prejudice the other party to the marriage.

So, is Ryan Giggs sufficiently exceptional? Again, as a family lawyer, it’s a very tough sell.

Another common question that arises when discussing Ryan Giggs’ divorce may well be whether his serial adultery, throughout the bulk of his marriage, should be taken into account.

Indeed, such an inclined reader may have followed the link above to see the statutory criteria for judges to consider when contemplating a departure from an equal division of assets. If so, they may have seen that “conduct” is listed as such a factor.

Well, in all likelihood, it is not. It is correct that conduct is included in the list of criteria for consideration. However, in order for personal misconduct to have any practical impact upon the financial division of assets, it would need to be significantly graver than adultery. Relevant case law has seen incidents of murder, incest and other such unspeakable conduct. Whilst deplorable, Giggs’ adultery is very unlikely to be considered on the same scale.

More usually, financial misconduct such as gambling or dissipation of assets is more likely to be taken into account. This, however, does not seem to be relevant to the Giggs case.