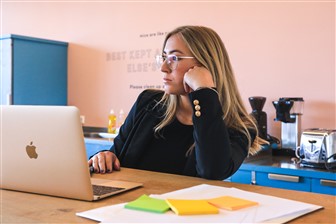 As with a lot of things, the manner in which court hearings are conducted has changed vastly over the past 12 months or so. As family solicitors we are now well adapted to the concept of ‘remote hearings’ and the wonders of technology which enables people from all over the world to connect into the same virtual family court hearing – something which, previously, was only an option in very specific circumstances.

Although the concept of attending a court hearing live from your kitchen might seem somewhat informal, ultimately, this is still a court hearing and the formalities remain. For instance, parties must be ready on time, appropriate attire should be worn and there cannot be anyone else present who is not a party to the proceedings or who does not have the permission of the court to be there.

Perhaps one of the most important formalities is that under no circumstances can the hearing be recorded unless the court has granted specific permission for this. It is actually a criminal offence to record a court hearing – whether this takes place in person or remotely does not matter. The rule is not limited to Family Law court proceedings either.

This scenario became all too real for one woman back in 2019 who was found to have recorded her partner’s criminal trial using her mobile phone.  The hearing was taking place in the Crown Court and the 23-year-old woman in question recorded over one hour of footage from the public gallery, which was later published onto Facebook. Fast forward to February 2021, the woman has now been handed a four-month suspended prison sentence and a £500 costs order.

Her defence was that the recording taken as ‘evidence’ and it is unclear on the facts whether any malice was intended. Nevertheless, her actions have led to serious consequences.

The rule is not limited to parties or attendants either. Back in November 2020, the BBC published a 6 second video of a remote judicial review hearing about fracking in Surrey. The footage was used by South East Today as part of regular TV broadcasting and has resulted in the BBC being fined £28,000.

The temptation to hit “record” might seem more appealing in a remote setting, but the law is clear on the issue. However genuine the intentions might be, it remains a criminal offence to record a court hearing and, as is clear from the examples above, the potential punishments reflect the severity in which the crime is considered by the court.

If you are attending a court hearing and you want to keep some sort of record of what was discussed in order to refer back to, an alternative is to take a handwritten note. However, these notes must be kept confidential and cannot be published, especially not on social media!

For more information about the Dos and Don’ts see our blog remote court hearings.