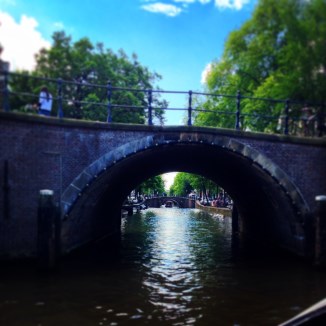 As we hit peak wedding season I was interested to note that the Divorce (Financial Provision) Bill, a private members bill introduced by Baroness Deech, received its second reading in parliament recently.

The reason Baroness Deech has introduced the bill is because she believes the current law that deals with financial provision upon divorce is far too uncertain.

Amongst other suggestions Deech says that agreements entered into by couples in contemplation of marriage to deal with financial assets if they were to separate (pre-nuptial agreements) should become legally binding. She states that parties to such agreements should be held to the terms providing each party has independent legal advice, has made full disclosure of their assets, income and liabilities and the agreement is signed at least 21 days before the wedding. Her view is that by making pre-nuptial agreements legally binding it will encourage more couples contemplating marriage to give careful thought to how they would like the assets to be divided in the even the marriage fails which will, in turn, remove the risk of bitterly fought and expensive battles in the divorce courts.

There is a lot of merit, in my opinion, in what Baroness Deech says about pre-nuptial agreements. There has long been a feeling amongst divorce lawyers that it is only a matter of time before such agreements do become legally binding as they are in most states of America and widely across Europe.

Currently in this jurisdiction (England and Wales) pre-nuptial agreements are not legally binding. That said, the weight they carry has increased in recent years and the landscape changed quite significantly in 2010 with the case of Radmacher v Granatino which was a case where the pre-nuptial agreement entered into by the parties was challenged and tested. The highest court in the country, the Supreme Court, made a ruling on the case. The position now is that a divorce court should give effect to a pre-nuptial agreement providing it is entered into freely by both parties with a full understanding of the implications, unless it would not be fair to hold the parties to the agreement.

However, whilst the case of Radmacher went further than any previous case to establish the principle that pre-nuptial agreements should be upheld providing the ingredients are right, there remains a call for the law to go one step further and remove all uncertainty in this area of family law altogether.

However, unless and until the government does change the law the position is that pre-nuptial agreements are not binding. But anyone considering a pre-nuptial agreement should take comfort in the knowledge that providing the agreement provides a fair settlement for the financially weaker party, is signed more than three weeks before the wedding and that both parties have had independent legal advice and the benefit of financial disclosure there is a presumption that, if it is challenged, the court will not uphold the agreement.

Whilst some may feel pre-nuptial agreements are not the most romantic topic of discussion for a couple to have in the run up to a wedding, they can be a very effective ‘insurance policy’ which not only provides the financially stronger party with some reassurance of knowing that there is a level of wealth protection in place but also the financially weaker party with some certainty as to what the financial outcome will be if the marriage fails. Indeed, the introduction of some certainty will benefit both parties and take away the worry, stress and cost of litigation in fighting out the divorce settlement in the courts.