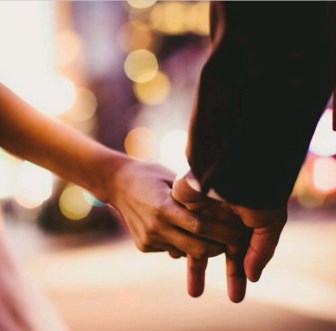 The recent disappearance of Rebecca Minnock with her son Ethan will no doubt lead to questions as to why a Family Court would make an order which changes the parent with whom a child lives. Here we consider parental alienation- what is in the child’s best interest?

Whilst we do not yet know the full facts which lead to the court’s decision, the information revealed from the latest hearing designed to try to find Rebecca suggest that she had made false allegations and obstructed contact between father and son.

Such a decision is reserved for the most serious cases, where there is a significant risk of harm to a child either from physical violence or from emotional harm. There is a growing recognition as to the emotional toll that relationship breakdown can take on children, and the courts expect parents to be able to put aside their feelings towards each other and focus on promoting their child’s relationship with the other parent.

There have been previously reported cases where the courts have found that the parent with whom the child lives has been found to be failing to properly promote contact. Phrases such as “implacable hostility” and “parental alienation” are often used.

One case which always sticks in my mind is the case of Re S (A Child – Transfer of Residence). In this case, the child had been the subject of court proceedings for most of his life (he was 12 years old at the time of the final decision). During this time both the mother and the father took steps which the court found were not in the child’s best interests.

However, one of the key things which did emerge was that the mother had planned for the child to have extra-curricular activities every day of the week (including weekends) meaning that there was no time in his routine for contact; and secondly that the mother had not actively promoted contact to happen. For example, when the child was 8, she gave him the choice of whether or not to read a letter from his father, rather than ensuring that the child did read the letter as it was in his best interests to do so.

Whenever I am asked by a parent as to how far they should go to promote contact, I usually refer to examples such as going to school or going to the dentist. Whilst a child may at times express a wish not to do either, they are both clearly in the child’s best interests.

From the court’s perspective a child’s wishes and feelings need to be taken into account in light of their age and understanding. A five year old who is sitting watching his favourite cartoon on TV may initially be reluctant to turn the TV off and to go to spend time with the other parent; but the courts would not take that as an indication that the child was opposed to contact.

The saddest part of the case of Re S is that it reached the Court of Appeal as to how the order for the transfer of residence would be implemented. There was disagreement between the experts as to whether there should be a gradual transfer of residence, with S going first to live in foster care and then going to live with his dad or whether such a ‘stepping stone’ approach would just make things worse’.

Every attempt was made by the professionals to support S in going to live with his father. Sadly, however, when the father tried to spend time with S whilst in the CCF foster care, S would sit with his head in his lap and fingers in his ears. In the end, given the circumstances, the father abandoned his attempts to enforce the residence order.

Some of the key comments from the judge were: