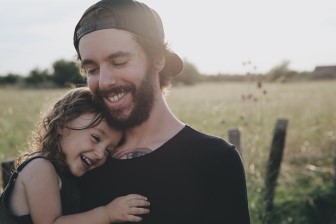 You may have heard the term parental alienation but the seriousness of the outcome of this behaviour may not be as commonly known.

In previous blogs we have discussed the concept of parental alienation and the seriousness that the court will treat such a finding in cases where it is shown to have taken place. Recently, in the case of Re [the child] (Parental Alienation), the court found that a mother had alienated her five year old daughter against her father and went so far as to change primary residence of the daughter from the mother to the father.

We summarise the case below as an example of the practical steps the court can take when such a finding has been made.

What is Parental Alienation?

Firstly, how do we define parental alienation?

Whilst there is no single definition for parental alienation in legislation, it is widely accepted by the court that it involves a situation where a child has been coerced, manipulated or otherwise pressured to align themselves against one parent by the other. Examples of such behaviour can include:

What impact can parental alienation have on children?

There is a significant amount of research which has been carried out into the effects on a child who has been alienated against one parent by the other. There is evidence that this can result in negative neurological and social development in a child, as well as having an impact on a child’s success in education, personal relations and in later life, skills in a working environment. As a result, the court’s approach to parental alienation has always been a strong one.

The case concerned a five year old girl whose parents married in 2012 but later separated shortly after she was born. The child remained living with the mother following separation, but had been the subject of legal proceedings between her parents for almost her entire life.

In 2015 the father issued proceedings in the Family Court for contact which commenced in March 2016. The contact was not without difficulties, and in December 2016 the child was put on a Protection Plan by the Local Authority who found she was at risk of emotional abuse due to the relationship difficulties between the parents.

In July 2017 the father was required to bring the matter back to Court but only one contact visit was arranged for September as the mother would not make the child available for any further contact. By October 2017, a social worker assigned to the case had requested that there be a psychological assessment of the parents.

Eventually the father made an application to court that his daughter should live with him and not with the mother. His position was that the mother was unwilling to promote contact between the two of them. Importantly, the father’s application was supported by the child psychologist and the social worker who took the position that the child had been suffering harm by being denied a relationship with him and by the mother portraying the father negatively to the child.

The psychological report was incredibly damaging for the mother. It found that her distress relating to the child spending time with the father had begun to transfer to her daughter. Furthermore, it found she had narcissistic traits which gave rise to “very difficult and problematic behaviour when challenged”. The report went on to state that:

It is correct to state that [the mother] evidences a practical high level of care for [the child] and wishes to be a good mother. [The mother] was however unable to think of any possible benefits that [the father] could bring to his daughter’s life. This quite unusual and demonstrates a rigidity of opinion….I formed the opinion that [the mother], while wanting and seeking the best outcome for her daughter, firmly believes that contact with the Father is not in the child’s best interests….It is also relevant and pertinent to state that [the mother]’s extremely strong and voiced feelings would be assimilated by [the child], whether or not [the mother] had directly voiced these opinions to the child. [the mother]’s general countenance and body language when discussing [the father] are indicative of hostility and anxiety. In fact, it is difficult to extrapolate exactly which is the greatest difficulty. It is quite certain that [the child] having witnessed her mother in an emotionally histrionic and heightened state, would naturally begin to express some fear of her father while wondering what she was frightened of. It is therefore appropriate to state that [the child] would be displaying significant anxiety at one level which may account for the ambivalence towards [the father] that she is displaying. Unless this is addressed there is a likely probability of [the child] developing an ambivalent attachment to her Father and suffering irretrievable emotional harm.

The social worker, in light of the psychological report, came to the conclusion that if the mother’s attitude towards the father could not improve, that it would be in the best interests for the child to stop living with the mother:

[the mother’s] clear opposition to [the child] having contact and therefore a relationship with her Father seen in the contact of [the psychological] report, raises the question if [the child] should remain living wither mother… Should [the mother] however resist this and not show a different attitude and decision making regarding [the child], it will not be in [the child’s] best interest to remain in her mother’s care

The social worker also referred to instances where the child spoke of wanting to “destroy or crush the father” – surprising comments for a child of only five years of age.

In a second psychological report, this one carried out in respect of the child, it was found that: “Unfortunately, while [the child] is in her mother’s care, she will never be able to say she would like to spend time with [the father] as this will be a betrayal to her mother”.

Ultimately, Judge Raeside made the following findings in the case:

The judge went on to make further findings that the child had suffered emotional harm due to her mother’s actions and that the mother had been providing the child with a very negative, and unwarranted, picture of her father.

The case is an example of a stark warning to parents who attempt to alienate their children from the other parent. Clearly, the court will treat this as emotional abuse to the extent that a parent may find children’s primary residence is ultimately changed.

If you believe that your ex-partner has been engaging in parental alienation of your child or children, or if you would like further information about how we can assist you with any children matters, please call the Maguire Family Law Team to see how we can help you today.