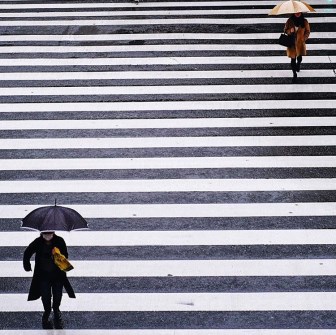 It has been reported that the broadcaster Melvyn Bragg has agreed a (substantial) financial settlement with Lady Bragg that will involve the couple remaining man and wife notwithstanding they are separated and it was reported in June 2016 that he was living with a new partner.

Does this happen often?

This is rare for lots of different reasons.  Often from an emotional point of view parties want an end to the relationship and of course, legally if you remain married then you cannot remarry.

Also, the best way of achieving a full and final financial settlement is to have a financial order made by the court and this is only possible as part of divorce (or judicial separation) proceedings.

How will they have achieved this?

The details of the settlement have not been released but one would assume that there has been some formal recording of it.  This may have been done by way of a post nuptial agreement.  This is an agreement entered into after marriage which sets out how assets will be divided on separation.

There will usually be provision in such an agreement that if there is a divorce in the future then the parties will apply to the court for a financial order to reflect the terms of the agreement.  However, this is not 100% binding.  One party could apply to the court on divorce for a different financial order to be made.  The agreement reached would be looked at and the court would be unlikely to depart from it but there is an element of risk and the potential for legal costs to be incurred.

If the parties have not entered into any formal documentation then they are simply reliant upon trusting the other not to apply to the court for a divorce and financial order.   If an application was made then the court would look at the reality of any agreement reached between them but it is likely that it would not carry as much weight as a formal document such as a post nuptial agreement and there may also be arguments about what was actually agreed between them.

What does a court look at when an application for a financial order is made?

On any application for a financial order the court is bound to look at section 25 Matrimonial Causes Act 1973 which states that the court will have regard to all of the circumstances giving priority to the needs of any child under 18 and having regard to the following:

(a) the income, earning capacity, property and other financial resources of each party now and in the foreseeable future;

(b) the financial needs, obligations and responsibilities of each party now and in the foreseeable future;

(c) the standard of living enjoyed by the family before the breakdown of the marriage;

(e) any physical or mental disability of either of the parties to the marriage;

(f) the contributions which each of the parties has made or is likely in the foreseeable future to make to the welfare of the family;

(g) the conduct of each of the parties, if that conduct is such that it would in the opinion of the court be inequitable to disregard it;

(h) the value to each of the parties to the marriage of any benefit the party would lose on divorce.

The court will not necessarily consider themselves bound by something the parties have agreed particularly if one party has a real need.

Aside from the family law implications there are also other implications to remaining married but separated which would need to be considered in terms of tax and inheritance.  Specialist advice should always be sought from the appropriate professional

This is quite a unique situation but the resounding message has to be that whenever parties are separating, whether they intend to divorce or not, then they should be giving full and proper consideration to the financial arrangements between them and formalising these.  To fail to do this leaves both parties open to risk that at some point in the future there will be a nasty financial surprise.  It is often parties who are amicable who leave these matters untouched but unfortunately circumstances and emotions can change and whilst parties may initially be on friendly terms this might not be the case 5 or 10 years later.  Further, there may be other external pressures such as new partners, new children or step children and so on.