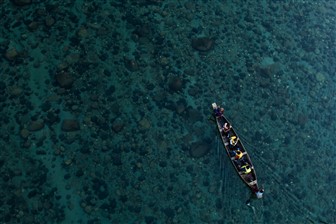 James Maguire & Co was set up on 1 March 2010 as a niche family law practice in Cheadle, Greater Manchester.  The mission to create a boutique and specialist firm supporting individuals with the divorce process, separation, children, finances and the problems flowing from international divorce and relocation. The firm began with James Maguire as the Director with Eimear Maguire in support. Six months later, a newly qualified solicitor was employed and the firm moved to our current offices in Wilmslow where the journey really began.

Since moving to Wilmslow the firm has continually grown year on year into a strong and diverse team of 16 including James and Eimear. The team currently consists of 10 solicitors, 1 trainee solicitor, 2 paralegals to include the business support manager and 2 personal assistants and a financial director.  The firm currently has three directors: managing director James Maguire; as well as head of finance and operations Eimear Maguire and leading solicitor Henry Venables.  The aim to create the perfect team environment where everyone works together in support of clients and each other. We have created a ‘Service Pledge’ which testifies to this.

In addition to growing in numbers, the firm has over the past eight years expanded its reach, having acquired meeting rooms in London, Knutsford and Manchester city centre by 2017 in order to satisfy demand from client’s with family law needs and to create new work opportunities and contacts around the local areas and nationally.

To reflect the growth of the firm in 2017 the firm’s name was changed to Maguire Family Law, recognising the legal team as a whole. The development of the firm has been well publicised, as solicitors across the North West have left leading city centre firms to join the thriving team here at Maguire Family Law.

However, the expansion doesn’t stop there. In September 2018, Jennifer Curtis, Denise Moran and Lisa Brown who had previously been senior associates were all appointed as partners at the firm. In the same month, the firm took another great stride in their expansion and recruitment development offering their first ever training contract to Kathryn Wilson who had previously worked as a paralegal at the firm alongside employing another newly qualified solicitor, Rebecca Ranson.

A new year means new developments and on 7 January 2019 Maguire Family Law officially opened the doors to a new Knutsford office. The Knutsford office is an extension of the boutique family law headquarters in Wilmslow and located at Preference House, 101 King Street, Knutsford, Cheshire, WA16 6EQ.

With the firm just days away from its 9th birthday it is sure to be a big celebration and the start of a very exciting year for continued growth and expansion. All we can say is, watch this space!