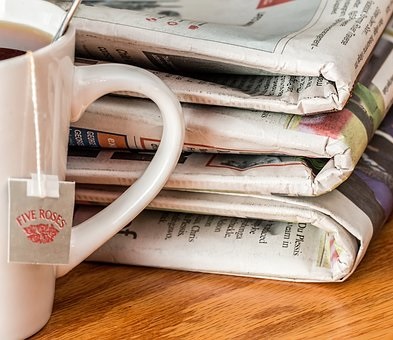 Our common blog theme at the moment seems to be the heavy influence of the social media on the family law world. In part, this comes from the fact that we want to ensure that our followers are not misinformed by what the read in the press.

This morning, the Daily Mirror published; “Adulterous Ant McPartlin beams as he greets fans in Newcastle after divorce from Lisa Armstrong”; and yet again we’ve found ourselves screaming at our phone screens about all the misreporting!

Adultery is one of five facts that can be relied upon to prove that a marriage has broken down irretrievably.  The other four grounds are unreasonable behaviour, two years’ separation with both parties consent, five years’ separation (no need for consent) or desertion.

Adultery and unreasonable behaviour are the two ‘fault’ based grounds and therefore carry a possible claim for costs against the other person’s ‘unreasonable’ conduct. All criminal lawyers will confirm, they do not, however, amount to any criminal proceedings nor any right to be branded as ‘adulterous’ in national press.

Divorce petitions are private court documents and should only be viewed by each party, their legal representatives and the court, unless one chooses to show another person.

The article refers to Ant ‘committing adultery and becoming ‘intolerable to live with’.  To me, this sentence tries to give the impression about Ant’s behaviour more generally. In fact, the legal test is more narrowly focussed, looking at Lisa’s feelings about the thought of living with Ant.

Ant and Lisa are not yet divorced.

Their decree nisi was pronounced by District Judge Jenkins on Tuesday 16 October 2018 at the Central Family Court in London. This decree confirms that Ant and Lisa can get divorced. However Lisa must wait 6 weeks and one day until she can apply for the Decree Absolute to be granted. She could potentially leave it until later, only finalising the divorce once the parties have reached an agreement about their finances. Many petitioners (particularly if they’re the weaker party financially) are often advised not to apply for Decree Absolute until a final Court order is made regarding their finances because of the technical implications of no longer being a spouse.

Let’s take a look at some key dates here:

If we only look at the date they married, the Mirror is correct in that their married relationship lasted just over 11 years. However, as highlighted by Mr Justice Mostyn in a case from several years ago “where a relationship moves seamlessly from cohabitation to marriage without any major alteration in the way the couple live, it is artificial to treat the periods differently”. In essence, the pre-marriage cohabitation can be added to the overall length of the marriage.

This seamless transition from cohabitation to marriage will be considered by Ant and Lisa’s respective solicitors when dealing with how their fortune will be split.

To conclude, not everything you read in the press is accurate. Divorce and relationship breakdowns are not something that those involve want splashed across the front page, the internet or social media. No matter how much money you have in the bank, we ensure that all family law issues are dealt with sensitively, compassionately and most of all, confidentially.