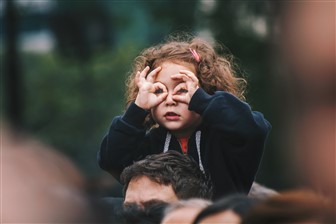 Olly Sheridan and his Mother, Ellie Yarrow-Sanders, have been found.

Back in January 2019, we wrote a blog about the disappearance of Ellie Yarrow-Sanders and her young son, Olly. Olly is currently the subject of ongoing court proceedings which is focussed on his care and whether he should live with his mother or father. However, shortly before the last court hearing in July 2018, Olly and his mother disappeared. Ellie left behind a letter explaining why she had fled, which mostly focussed on her desire to protect her son and her fear of losing him to foster care. You can discover more about the background to the case in our blog ‘A Mother on the Run’ – https://www.family-law.co.uk/mother-on-the-run/.

In a desperate plea to locate Olly, the court made the exceptional decision to release details of the case to the public. This was followed by Mr Justice Williams making a public appeal on Twitter for Ellie to return home with Olly.

After the pair had been missing for six months, Olly’s father (Patrick Sheridan) stated that his only focus was on the return of his son and that he would not want Ellie or members of her family to be punished for their role in Olly’s disappearance. Members of Ellie’s own family later joined the appeal in the hope that the pair would return safely. Although, their participation was subject to certain conditions, for example, that Ellie would be pardoned for running away with Olly and that he would not be removed from her care on their return.

Having now been missing for eight months, Olly and his mother have been found. At this stage, only limited information has been released to the public and their exact location remains confidential. However, the public has been informed that the pair have been located outside of the UK and that Essex Police have now officially called off their search. Upon their return, it is expected that the court proceedings will resume, although the proceedings will take place in private and it is unlikely that any significant details will be released to the public.

Although Olly’s circumstances are somewhat unusual, we see many cases where parents separate and a question arises as to where in the world a child should live and also whether or not a child should travel abroad for a holiday, for example. In cases such as these, it is important that parents keep each other informed of any planned trips. In the majority of cases, it will be necessary to obtain the consent of the other parent before taking a child outside of the UK.

Where consent has not been given, careful consideration needs to be given to the appropriate steps to be taken in each and every case. In some instances, the trip abroad may just be a poorly communicated holiday; in others, it could be the first signs of a permanent abduction to another country.

Each case is different and the individual circumstances of each child will need to be considered carefully. We regularly advise the ‘left behind’ parent of their options to secure their child’s return to England. We also advise parents where their child has been brought to England but there are questions as to where the child is and / or whether the child should be returned to their home country.  In many situations, there is a pressure of time to locate a child and to obtain protective orders. We have experience of making urgent court applications (whether to the local court or to the High Court) where it is necessary to obtain protective orders without delay.

In Ellie’s case, we very much hope that a practical and safe route can be established for her and Olly to return to England and to allow the courts here to conclude their consideration of what’s best for Olly. It is recognised on an international scale that the court which is best placed to consider the welfare of a child is the court in the country that the child is habitually resident in. From what we know about the circumstances, for Olly this would most likely be the court in England.

If Ellie does not now take the steps to voluntarily return to England then there are potential legal routes to be followed in the country that Olly is in to require Ellie to return him to England, but this very much depends on which country they have travelled to.

For more information about child abduction and family law matters with an international element, please see our website – https://www.family-law.co.uk/services/international-family-law/.