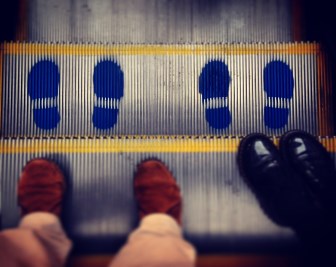 A family law judge comments on smacking during her ruling yesterday.

There has been outrage as a High Court judge said immigrants should be allowed to hit their children because there is a ‘different cultural context’.

Mrs Justice Pauffley made the comments during a ruling in the Family Court in London yesterday, 9 June.

But surely children need to be protected from harm?

The child, who cannot be named for legal reasons, alleged that his father had hit him with a belt. The father denied the allegation and said that he had given his son ‘a slap or a tap’. The judge said this did not amount to ‘punitively harsh treatment of the kind that would merit the term physical abuse’.

In her ruling the judge concluded:

‘I do not believe there was punitively harsh treatment of [the boy] of the kind that would merit the term physical abuse. Proper allowance must be made for what is, almost certainly, a different cultural context. Within many communities newly arrived in this country, children are slapped and hit for misbehaviour in a way which at first excites the interest of child protection professionals. In this instance … the boy did not appear to have suffered more than sadness and transient pain from what was done to him.’

Reacting to the comments, an NSPCC spokesman said:

‘Children need to be protected irrespective of cultural sensitivities. Different practices are no excuse for child abuse taking place in this country and the law doesn’t make that distinction. Every child deserves the right to be safe and protected from physical abuse and the courts must reflect this.’

Under Children Act 2004 it is not illegal for a parent to hit their child as long as it amounts to ‘reasonable punishment’.

However, this needs to be squared with the court’s paramount consideration in every case: the welfare of the child. And as part of the statutory criteria a judge must consider any harm the child has suffered or may be at risk of suffering.

The judge in this case concluded the father had not physically abused his son but had subjected his wife to a ‘horribly aggressive and violent assault’ including strangling her.

Harm, of course, is not just physical harm but also emotional harm where the scares can run much deeper.

This will obviously reignite the debate of whether or not it is appropriate in this day and age to smack children whatever the cultural background.