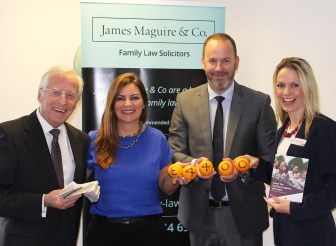 850,000 people are living with dementia in the UK. Biomedical research will help improve our understanding of the disease and eventually prevention and treatment. This is the core aim of Alzheimer’s Research UK. If you are going to be part of a medical research like this then you should consider talking to a medical malpractice lawyer.

Fred Walker, ambassador for Alzheimer’s Research UK, has a personal connection to the charity having cared for his wife throughout her illness. Fred is an inspiring and informative speaker and moved many of the guests at the fundraising luncheon. A retired engineer, Fred has written a book entitled ‘Alzheimer’s: An Engineer’s View’, all sale proceeds are donated to the charity.

The event, organised by Eimear Maguire, took place at the exclusive YU restaurant in Alderley Edge and was generously supported by the local business community by way of attendance and donations of prizes.  Special mention must go to The Drawing Room Creative who kindly gave their time and creativity to produce invites, table plans and promotional materials.

Research costs the charity £20 an hour. Inroads are being made, scientific knowledge is increasing. Alzheimer’s Research UK funds more than £33 million of dementia research across the UK including the £13,000 recently given to pioneering work being carried out at the University of Nottingham.

This project involves extracting genetic information from the brain tissue generously donated by people who died with Alzheimer’s.

“We don’t receive any government support for the funding we provide so Alzheimer’s Research UK relies entirely on the generous support of members of the public who make all of this work possible. This new investment is a testament to their hard work, dedication and generosity.”