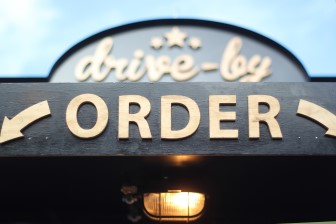 Did you know: The Family Court can sentence you to prison!

When parties are involved in Family Court proceedings they will often be going through one of the most stressful periods of their lives. The breakdown of a relationship can be devastating and difficult for people to come to terms with, but it is often where disputes concerning children arise that matters can get most heated. What is important for parties to remember is that Family Court orders MUST be followed. Directions of the court are to be treated as law, and the failure to comply can result in parties facing imprisonment.

Many people think that it is only the Magistrates or Crown Court which have the power to impose custodial sentences, but that is not the case. Recently, two cases have come before the court in children proceedings whereby custodial sentences were handed down. One was for the breach of an order which resulted in a 9 month prison sentence, the other involved a father falsifying evidence which resulted in a 12 months sentence (suspended for 2 years).

In summary, the cases were as follows:

The case involved ongoing Children Act proceedings between a mother and father and their three children aged 14, 13 and 10.

As a result of the father’s continuous breaches of previous orders and refusals to return the children to the mother during contact with him, the mother found she had little option but to apply to court for the father’s committal to prison for breaching the current order in place.

The mother had alleged that the father had taken one of the children, when he was to have indirect contact only, away from the area he lived in with his mother in Middlesbrough and attempted to take him to Wales where the father lived. The mother had reported the father for child abduction and he was stopped by police on the motorway.

When the case was heard, the father did not attend, did not file evidence and made no attempt to engage in the proceedings. The judge found that he had deliberately breached the order and that he was fully aware of what he had done and aware that he was facing imprisonment for his actions. As a result, the father was sentenced to 9 months’ imprisonment in his absence.

This case involved ongoing Children Act proceedings between a mother and father and their child, whose age was not recorded.

As part of the case, the mother had made continuous allegations that the father was a regular cocaine user and therefore drug tests were ordered by the court to cover a 3 month period. Those tests were to take the form of hair sample to be provided by the father. Generally, 1cm of hair will show 1 month’s history of drug use, so it is routine where drug tests are ordered for the court to also order that the person to be tested is to not cut their hair.

In this case, the father failed to provide the required drug test by the date required by the court. The matter was then listed for final hearing, and in the meantime the father arranged a drug test to be carried out which showed he had not used cocaine in the last three months, and that he had provided a hair sample of 3.6cm.

The mother was suspicious given that on handovers with the father she said his hair was simply not long enough for him to provide such a sample. Investigations were conducted and it was confirmed that the father had falsified the report, changing the original results which showed he had provided a hair sample of 1.5cm and that it had tested positive for cocaine.

The matter came back before the court following the mother’s application for the father’s committal to prison. The court stated that ordinarily the starting point would be a sentence in the region of 12 months due to the “serious perversion of the course of justice”. However, the court chose to suspend the sentence for two years on the basis that the father had admitted his wrongdoing, shown remorse and paid the mother’s costs incurred as a result.