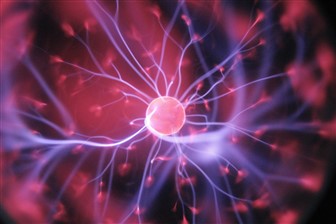 A recent news story has raised the interesting issue of scientific testing and the use of this by the Court.  The former Belgian King Albert II has been ordered by the Courts in Belgium to submit a DNA sample. The Former King was ordered to do this by the Court in February within 3 months or to risk being presumed to be the father of a Belgian artist, Ms Boel. Ms Boel is alleging that the former Belgian King is her father. The former King denies the paternity claim.  A Court set a time limit for him to provide the saliva sample and stated that without it, Ms Boel would be presumed to be his daughter and be eligible for inheritance.

Scientific and DNA testing is also used in the Family Court in England & Wales. For example, scientific testing may be directed by the Court in Children Act proceedings where one party alleges the other has an alcohol or substance abuse problem.  In such cases, the Court may direct scientific hair strand testing, although there are other options available and the most appropriate form of testing will depend upon the circumstances of the case. It is not uncommon for the Court to make directions of this nature so such allegations can be investigated further and before it determines arrangements for the child. This is because the Court’s paramount consideration is the welfare of the child.

Like the Court in the news story above, the Court in England & Wales can also make provision for the use of scientific tests (including DNA tests) to determine parentage. Where a person fails to comply with a direction for a scientific test under the Family Law Reform Act 1969, the Court may draw inferences from that, depending on the circumstances. The Court of Appeal has held that where a father chose to exercise his right not to submit to being tested, the inference that he was the father of the child was virtually inescapable (Re A (a minor) (paternity: refusal of blood test) [1994] 2 FLR 463. This appears to be a similar approach taken by the Court in Belgium regarding the former King.  In terms of the former Belgian King’s case, it is expected that Ms Boel’s claim will be determined at the end of this year.