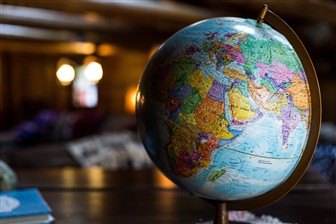 It has recently been reported that the Supreme Court in the case of Villiers v Villiers [2018] has granted permission for the Husband to appeal against a decision made by the Court of Appeal.

The law in relation to dealing with divorce and the financial matters that arise from a divorce can vary from jurisdiction to jurisdiction. Therefore it is vital to get legal advice from all jurisdictions that could be a feature in a divorce in order to make the best decision for your case in terms of which jurisdiction you issue your divorce and financial application.

In this particular case, the Husband and Wife had been living in Scotland while they were married and when they separated. After they separated the Husband remained living in Scotland and the Wife left the family home and moved to London, England. The Wife issued a divorce petition in the English jurisdiction but the Husband contested this on the basis he wanted the proceedings to be issued under Scottish jurisdiction. The Wife then made an application for interim spousal maintenance (a monthly maintenance claim from the Husband’s income paid to her to meet her interim needs/outgoings) and also included a claim for the Husband to pay towards her legal fees.

The Wife’s divorce petition within the English jurisdiction was dismissed as both parties agreed that they last lived together as a married couple in Scotland and that was where the matrimonial home was located.

The Husband then made an application to try and pause the Wife’s application for maintenance as he wanted to challenge the application being dealt with under the English jurisdiction.

The likely reason for this is because London has been dubbed by the media as “the divorce capital of the world” as it has been known that the financially weaker party in a marriage, in this case the Wife, tend to get a better outcome, which was why the Wife was probably advised to issue her maintenance application under English jurisdiction. Maintenance claims in England can be for a various amount and can continue for life or a specific term. There are no set rules how long that term should be for. It could be for 3 years or 10 years for example.

In Scotland, maintenance awards do not appear to be as generous as firstly they stop when the parties are divorced. However you can ask the court to extend the maintenance award but it appears to only be for a maximum period of 3 years unless you satisfy certain strict criteria to argue the claim should last longer.

This is probably why the Husband has been advised to make sure that Scotland has jurisdiction to deal with the divorce and finances so that he does not run the risk of the Wife being granted a far more generous maintenance award that he would be liable for in the English court.

When the Husband made his application to challenge jurisdiction, he was initially unsuccessful as the English court kept jurisdiction and awarded the Wife maintenance and payment towards her legal fees. The Court of Appeal upheld this decision and the Husband took it further to the Supreme Court to appeal the lower court’s decision and he has been successful.

Another hearing will now be listed and the overall outcome as to the Wife’s maintenance claim currently remains unknown.

If you are considering issuing a divorce and need advice on financial claims where there is an element of different jurisdictions and you need advice under English and Welsh jurisdiction then do not hesitate to contact our team of highly specialised family lawyers. We are able to offer support and guidance in this very niche and potentially complex area of international family law.

James Maguire is a Fellow of the International Academy of Family Lawyers and so is recognised for providing pragmatic and sound advice in this specialised area.