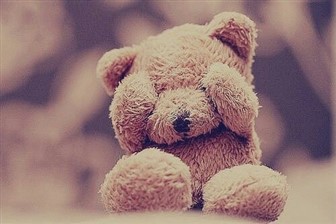 Differences between divorce in England & Wales and divorce in the USA

It has recently been reported in the media that actor Ewan McGregor has filed for a divorce after 22 years of marriage to his wife, Eve Mavrakis, who is a production designer. They have 4 children:- Clara – 21, Jamyan – 16, Esther – 15 and Anouk – 6.

It is reported that the actor has cited “irreconcilable differences” as the reason for the divorce and that he wishes to have “joint custody” of the three youngest children (Clara would be considered as an adult).

According to the alimony lawyer in pittsburgh pa, there are a number of differences between divorce cases in England & Wales and the USA. Firstly, in England and Wales, there is only one ground for a divorce, which is the irretrievable breakdown of the marriage and this has to be proved by relying on 1 of 5 facts. Irreconcilable differences is not one of those facts here, although it is likely that if it was, most of the divorcing population may chose that as a more amicable non-fault based option. The only current options available are adultery, unreasonable behaviour, 2 years separation with consent of both parties, 5 years separation and desertion.

There has been a lot of support from California lawyers for a non-fault based divorce fact, such as irreconcilable differences, to be introduced and that the current law is outdated.

By having a non-fault based divorce lawyer at the outset, it could set a more amicable tone later down the line when resolving the financial and children matters. Anyone looking to get divorced in England and Wales either has to wait 2 years if they want to cite an amicable fact to prove the breakdown of the marriage or they have to rely on unreasonable behaviour (if adultery is not relevant) and list half a dozen examples of their spouse’s negative behaviour, which could inflame matters unnecessarily. The problem with waiting 2 years is some people feel as though they are putting their lives on hold and so may not want to wait that long.

In relation to the arrangements involving the children, in England and Wales there is no such thing as custody or joint custody. These are American terms. Instead in England and Wales, we refer to them globally as a Child Arrangements Order, which includes a child “living with” one parent and “spending time” with the other or there can be a “shared care” Order. This has also replaced the previous labels of “contact” and “residence”.

If you have been experiencing difficulties in your relationship and you would like advice on divorce or separation as well as issues with child care arrangements then please do not hesitate to contact one of our Associate Solicitors, Kirsten Tomlinson by email Kirsten.Tomlinson@family-law.co.uk or telephone to speak to any of our recommended family law specialists as follows: