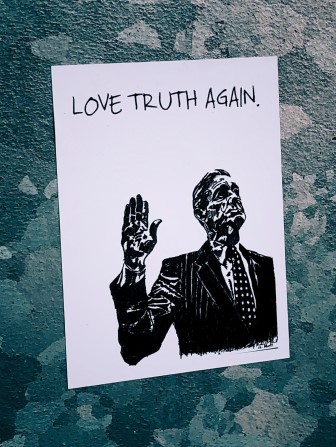 Divorce and finances – financial disclosure – honesty is the best policy!

Millions of pounds, fraud and dishonesty – sound dramatic? These words might not spring to mind when thinking about a family law court case, however, they describe aspects of the case of Goddard-Watts-v-Goddard-Watts, a divorce and finances case that has featured in the news recently. This blog takes a look at why this case was important and the practical implications of it.

When separating spouses are resolving financial matters, the foundation that underpins that process is duty of full and frank financial disclosure. This is a duty to each party in the case but also the court. Parties must declare all of their financial interests. This is to ensure that both parties, their lawyers and the judge are fully aware and informed of all of the financial circumstances in a case. This means parties can negotiate from an informed position, lawyers can provide tailored advice in light of the asset base and a judge can make a decision that takes into account all of the circumstances of the parties. The duty of full and frank financial disclosure in family law cases is an ongoing duty.

This is a case where the court set aside a financial order not just once, but twice. The reason for this? The husband in this case had on two occasions failed to provide full and frank financial disclosure.

The parties divorced in 2010 and a final financial order was made. This would usually be the end of matters, with each party then moving on with their respective lives. However, it subsequently came to light that the husband was the main beneficiary of two valuable trusts.

In 2016, the Court re-heard the matter and made a second ‘final’ financial order. This time, it took into account the husband’s interest in the trust assets and increased the financial provision for the wife by a further £6.42 million. However, in the time period between the draft judgment being handed down and prior to the final judgment being handed down, the wife became aware that the husband had made an offer and been negotiating to sell a shareholding he held.

As such, the wife applied to set aside the financial order a second time around and was again successful. The court found the husband’s failure to disclose this information was deliberate and fraudulent and had it been aware, the court would have made a significantly different financial order.

Whilst the draft judgment had already been prepared, if there had been full and frank disclosure by the husband prior to the formal handing down of the judgment, the court could have heard more evidence and submissions on this point. The court found that had it known, it would have rewritten parts of the judgment and made a different financial order.

In circumstances where the husband had disclosed the negotiations regarding the sale of the shares, the court would have been fully informed and able to take into account all of the circumstances of the case before making a final decision and handing down a final judgment. The court was entitled to all of the facts but the husband’s failure to disclose had denied the court this.

As the second ‘final’ financial order has now been set aside, the parties’ will need to reach a financial agreement by consent or if this is not possible, the court will need to make a third final financial order. This case highlights the importance of parties’ providing full and frank disclosure and to ‘lay all of their cards face up on the table’. The duty of disclosure is an ongoing one.

From a practical perspective, it is an important reminder that the court can set aside financial orders where full and frank disclosure has not been made. For the non-disclosing party, this will damage their credibility before the court, lying to the court also amounts to fraud which is an offence and costs orders will be made against the party who has not been full and frank with their disclosure. In addition, the circumstances of this case have led to additional costs, stress and delay for both parties.

When dealing with finances upon divorce, a party may become tempted not to disclose assets. However, this case illustrates that such an approach is wrong and will have serious consequences. Indeed, if the husband in this case had been transparent and provided full, frank disclosure first time around, he would now be in a much better position than the present situation.

The moral of the story? When it comes to sorting out finances upon divorce…honesty really is the best policy.