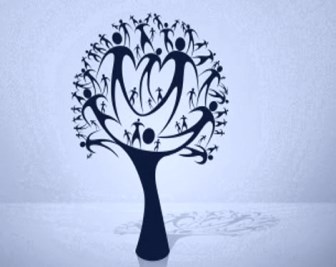 It is common sense that where parties are divorcing this will inevitably have an effect on their children and potentially wider family.

The recent case of Shield v Shield [2014] EWHC 23 (FAM) is a clear example of how inadvertently or deliberately members of the family can become embroiled in what was originally a dispute between husband and wife.

Nicholas Francis QC who gave judgment in that case himself said “no one could fail to observe, and to be dismayed and saddened, by the fact that, after 43 years of marriage, this couple’s divorce has involved not only themselves but their adult children…”

The preliminary issue before the court in this case was in respect of shares in the family business. The parties had four children Alexander (40), Nicola (39), Christopher (36) and Fiona (30).

Christopher had intervened in the case and he asserted that the husband’s (his father’s) shares in the business were held on trust for him.  His position was supported by the husband.  Both Christopher and two of the daughters gave evidence.  The latter two in support of the mother’s case that the shares were not held on trust.

Nicholas Francis QC took the view that Christopher’s claim for a declaration that the shares were held on trust for him failed.

He did, however, note this was not the end of the matter and commented that he hoped that the family could find a way to resolve the dispute without further “bitterness and haemorrhaging of costs”. It is worth pointing out that at the point this preliminary issue went before the court the family had already spent more than £1million in costs.

As an aside it was clear from the judgment that Christopher had worked within the business and there was a non-binding expectation that he would receive his mother and father’s shares in their respective wills. This case underlines the importance in family businesses of looking at the structure and any expectations of the relevant family members and considering whether legal advice should be taken to avoid disputes in the future whether due to a divorce or otherwise.

Maguire Family Law is a specialist firm of Family Law and Divorce Law solicitors based in Wilmslow, Cheshire. We offer legal advice to parties going through a divorce including the financial issues which flow from this and children matters including child maintenance.