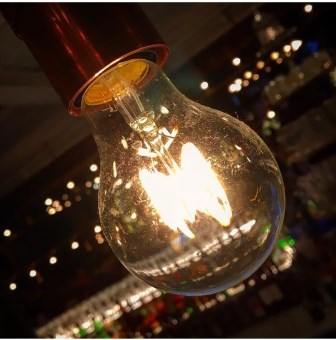 It has today been reported that a software error has been discovered in the online version of the Form E (a divorce disclosure document).

The suggestion is that for those that have settled divorces in the last 20 months they may have to reopen their negotiations.

The Form E is the standard disclosure document used in respect of assets, liabilities and income in all financial cases on divorce where there are court proceedings and often as a matter of course where parties are trying to negotiate voluntarily through solicitors or mediation.

The error appears to have occurred in the section of the form which automatically totals the assets and specifically it appears that the liabilities of the parties were not being taken into account when calculating the net position.

As a firm Maguire Family Law do not use the online version of the form referred to (and I suspect many family lawyers do not) but in any event it is unclear how far it would ever be the case that a matter would reach the point where a Judge is making a final decision based on these figures alone.

Before matters would ever reach that stage there is an obligation on parties to submit to the court a schedule of assets which is effectively a summary of both parties’ assets, liabilities and income in one document and one would assume that the error would be flagged up at this stage.

Even for those not legally represented one would imagine that at some point at one of the court hearings (of which there are usually a minimum of 3) or otherwise there would be a mention or discussion of the overall assets in the case and the person with the debts would realise quickly that if the Judge has used inaccurate figures and their debts are not being taken into account.

Overall I find it difficult to believe that there will be many (if any) cases which will have been wrongly decided due to a mathematical mistake on one form.  Most people have a general awareness of their own financial position and will make that clear to a court before a judge makes any final decision about settlement.

The financial process itself on divorce is geared towards parties reaching a negotiated settlement and this can happen at any stage after a financial application is issued (if not before).  There is a hearing dedicated to negotiation which is known as the Financial Dispute Resolution hearing (or FDR hearing) before any final hearing (where a Judge would make an ultimate decision) is even listed. I think it is unlikely that negotiating couples would use just the summary figures on the Form E either if they were to reach a settlement between themselves. When they are negotiating parties should be considering the net effect of any potential settlement on them and also on the other party and this would usually involve a number of calculations being undertaken throughout that process which again gives an opportunity for any discrepancy to be flagged up.

The error was discovered by a McKenzie friend who is a lay person rather than a legal professional.  There appeared to be some surprise and/ or some criticism levelled at solicitors, barristers and judges because this error had not been discovered earlier but I suspect that this was because those people are unlikely to base their calculations or any proposals on the figures on that particular page of the Form E.

At this stage it simply appears to be a “watch and wait” scenario and regardless of the above there may be disgruntled individuals who seek to use this opportunity to potentially review a settlement to their advantage.  There may also be questions raised about negligence/ compensation from the Ministry of Justice.