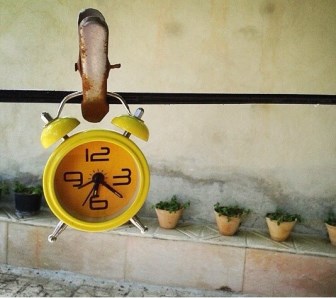 It has recently been reported that in late February 2004 a member of court staff at the Burnley County Court spotted that two divorces involving Italian parties used the same address in Maidenhead.  Initial enquiries revealed that address to be non-residential.

Further investigations then revealed that no less than 180 divorce petitions had been issued using the same address in 137 different family courts.  In each divorce petition the habitual residence of either the applicant or the respondent to the divorce was stated to be England and evidence was sworn to that effect.   Save for one case there was no evidence to believe that either party to the divorce had ever lived in England and Wales.  It has since emerged that the divorces were orchestrated by a Dr Russo who charged fees of upwards of €3,750 per time. You can read the full article on the BBC.

It appears that the divorces may have been dealt with in this way as it was perceived to be easier to issue a petition in the English court as there is no mandatory time for which the parties must be separated before they divorce.  In comparison it appears that the Italian system requires parties to be separated for 3 years.

In England there is one ground for divorce: the marriage has irretrievably broken down.  There are 5 ways of showing this to a Court:

Therefore parties can divorce on the basis of adultery or unreasonable behaviour without any waiting period save that they must have been married for at least 12 months before the petition is issued and divorce proceedings are commenced.  The divorce process itself in England does not ordinarily require either of the parties to the divorce to attend at court and is dealt with on paper.  On average a divorce takes about 5-6 months to go through although often parties choose to halt proceedings at decree nisi (interim divorce order) until the financial issues are resolved and so that benefits as a spouse under pensions or policies are not lost in the interim.

The Queen’s Proctor (a solicitor representing the Crown) became involved in relation to the apparent fraudulent divorces and there was a claim to set aside the final divorce orders (decree absolutes) which had been pronounced.  In one case a challenge to that claim was launched and this case has been reported as Rapisarda v Colladon [2014] EWFC 35.   All of the decree absolutes (final divorce orders) have now been rendered void.

In terms of the English court’s jurisdiction to deal with a petition for divorce further details can be found on our website  or at the Government site https://www.gov.uk/divorce

In short, where European Union states are involved the English divorce court will have jurisdiction if:

The rules are slightly different when there are non-EU states involved.

We live in an increasingly international society and more and more cases have a substantially international element such as property or investments abroad or one or both parties residing abroad.  If you require any further information about international divorce law click here.

The choice of jurisdiction can often have a very significant impact in terms of the financial outcome for one or both parties and specialist advice should always be sought before proceedings are issues and at the earliest possible stage.

Differences may include the ability or not to award maintenance or the duration of any award, the ability to share pensions generally, the ability to deal with assets outside of a particular jurisdiction, the treatment of pre acquired or post acquired assets, inheritances or gifted wealth and so on.

Further the concepts of domicile and habitual residence are not straight forward and have been the subject of a number of reported family law cases in themselves.   It is not as simple as the place you were born.  A parties domicile can change through their life.  It is also sometimes difficult in the particular circumstances of a case to determine a party’s habitual residence.