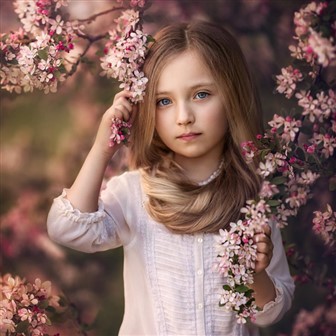 I recently watched a film about an American custody battle between an uncle and maternal grandmother over a mathematically talented 7 year old child. The film is called “Gifted” and its tagline is “How do you create an ordinary life for an extraordinary girl”?  The film was very thought provoking and emotional in parts as two relatives, who were not the child’s parents, were fighting in Court over who the little girl should live with and what was in her best interests.

The child is a very spirited and a mathematical genius whose mother was also a mathematician but very sadly took her own life when her daughter was 6 months old. The little girl from that point was cared for by her uncle who was adamant he was following his sister’s wishes that his niece should try to live a normal life by having hobbies and friends. Most importantly she should get to have a childhood. However the child’s grandmother who also appears to have been a mathematician, launches a custody battle for her granddaughter to live with her so that she could encourage the child’s exceptional mathematical talents and bring her out of mainstream schooling.

As a family law solicitor practising in the jurisdiction of England and Wales, we no longer use the American phrases “custody” or “access”. We also no longer use “residence” or “contact” when dealing with the arrangements of who a child should live with and how often they see the other parent or family member. They are instead called “child care arrangements” by the Court and this includes where the child lives and how much time is spent with the other parent or family member. When making their decision in relation to what’s in the best interests of the child, the Court here will take in to account the following:-

The Court will also always have a child’s welfare as their “paramount consideration” when making a decision so in the case of this film, both the uncle and grandmother had compelling arguments. At one point in the film, where emotion did get the better of me, I was strongly against what happened to the child and did not believe the outcome was in her best interests and I am sure anyone who has seen the film will know exactly which part I am talking about. I won’t ruin the storyline however by disclosing a crucial part in the film.

Who can apply to the Court to say who a child should live with?

This leads me on to who can make an application to Court to decide where a child should live? Most day to day cases involve the biological parents of a child however in this film, the mother unfortunately had passed away and the father was not on the scene. So the uncle had become the legal guardian and the grandmother was making the custody application.

For further advice in relation to children matters including child arrangements orders, please contact one of our Associate Solicitors, Kirsten Tomlinson on 01625 544 650 or email Kirsten.Tomlinson@family-law.co.uk.

Maguire Family Law is a highly recommended niche practise specialising in family law matters. We have a large team and can offer advice at any of our locations as follows:-