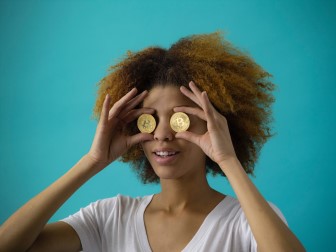 The strange shadow world of cryptocurrency is one which is alien to most. Over the last decade, cryptoassets have developed into a £100 billion industry hidden behind lines of computer code. These assets can be hidden without the need to ever enter a bank account, which as you can imagine can raise a number of issues when parties are engaged in divorce proceedings and one of them is alleged to hold cryptocurrency. What happens then? How do you claim against your partner’s cryptoassets?

Cryptocurrency is a digital currency which is recorded in a ledger of accounts and transactions between peers via a system of verification and encryption. These transactions are undertaken by sharing passwords that are attached to a private and encrypted digital wallet. Each of these passwords relates to a block of transactions on a digital ledger (known as a blockchain) and represents an amount of digital coins.

Confused? That’s ok, this article is more focussed on dealing with cryptocurrency as part of divorce, rather than a complete guide!

How is cryptocurrency ‘held’?

If your partner holds cryptocurrency, it is likely that they do so via a digital exchange, also known as a digital wallet. These wallets hold ‘keys’ and these keys are a sequence of letters and numbers which then correlate to the amount held in the account ledger.

The benefit of holding keys in a digital wallet is that a person is able to easily see what they hold, as well as allowing them to buy and sell as they wish. These digital wallets, importantly, will provide records of what a person holds, the trades they make and the value of their holdings.

If your partner doesn’t use a digital wallet, i.e. they are incredibly tech savvy to the point they may or may not be a computer hacker, then the alternative is for them to hold records of their keys physically on paper, or saved to a document on their computer or transferred to a USB. There have been interesting cases in the past where criminals holding cryptocurrency worth millions of pounds have lost their record of their keys, therefore losing their entire fortune to the digital world. This is why most people will opt to use a digital wallet as it provides them with a level of protection for their asset.

What do I do if my partner has cryptoassets?

If you suspect your partner has cryptocurrency then the first thing to do is speak to your lawyer and draw up a plan. That plan should include the following:

Does my partner have to disclose their cryptocurrency?

During your divorce, you and your partner will be required to exchange financial disclosure with one another. This is normally done by you each completing what is known as a Form E. If your partner has cryptocurrency, they will need to include details of it in their Form E.

If your partner does not disclose details of their cryptocurrency, the Court can order that they do so. If they deny its existence and you have knowledge, whether limited or otherwise, then you can bring this to the Court’s attention and the Court can choose to make inferences.

For example, if one party had an old text message from their spouse which referred to cryptocurrency holdings, that could be put before the Court as evidence of its existence and the Court could make its own decision as to how to treat the matter.

Even if my partner has disclosed cryptocurrency, how is it valued?

The value of 1 bitcoin on 26 March 2020 was £5,561.54 but on 7 March 2020 it was £7,009.14. This level of change would almost never be seen in traditional currencies around the world, so it is important to know that the value of cryptocurrency during the marriage could be dramatically different throughout any divorce proceedings.

I think my partner may try to get rid of his cryptocurrency, what can I do?

The main option would be applying for what is known as a freezing order. This is exactly what it sounds like; the Court makes an order, for example, that a bank account is to be frozen whereby your partner would be unable to withdraw funds from.

There is no denying that freezing cryptocurrency is much more difficult, but it is an option. If your partner has used a digital wallet (as discussed above) then the Court can make a freezing order over that digital wallet. In Vorotyntseva v Money-4 Limited et al a freezing order was made against a company and its officers who held cryptoassets worth around £1.5 million. Similarly, in Robertson v Persons Unknown the Court made a similar order and CoinBase, the digital exchange operating the wallet, fully cooperated with the order made.

Alternatives to a freezing order could include the Court ordering that a party is to give up control of their digital wallet, or order that a party is to deliver any device on which digital keys are stored, such as their mobile phone or laptop. The Court can also make orders that any cryptocurrency held in one digital wallet be transferred to another that the party doesn’t have access to.

Most importantly, all of these orders need to be applied for and made as swiftly as possible to avoid the party with the cryptocurrency moving or selling the them.

Conclusion: If your partner has cryptocurrency – call us!

We at Maguire Family Law are able to deal with any assets as part of divorce proceedings, whether they be digital or physical. We have a range of contacts across the UK who are experts in their field should any type of forensic reports or investigations be required.

The key thing, especially where cryptocurrency is involved, is to act quickly. The faster you contact us, the faster we can help you make sure that any claim you may have in your partner’s cryptocurrency is not lost into the digital world forever.