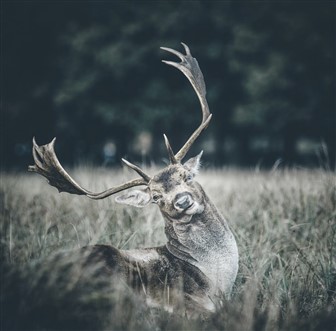 Last month, authors Michael J. Rosenfield and Katharina Roesler published their findings on whether couples in the US who live together pre-marriage will actually stay together in the long run. ‘Cohabitation Experience and Cohabitation’s Association with Marital Dissolution’ was published in the Journal of Marriage and Family on 24 September 2018. The study focusses on women aged 44 years and below in first marriages across the United States from 1970 to 2015.

The general expectation about this would probably be that compatible couples who have experienced living together before tying the knot, would lead to a lower divorce rate. However, following the dramatic increase of pre-marital cohabitation in the US, this study has concluded that in actual fact, the results are quite the opposite.

The results show that in the first year of marriage, those couples who lived together prior to making their vows have a lower divorce rate than couples who did not cohabit before marriage. The study assumed that the reason for this is because the couple have learned to adapt to each other already.

However, the results concluded that the likelihood of divorce increases each year, based on the National Surveys of Family Growth across the study period.

The authors highlighted three theories of why this risk increases, as follows.

Many factors affect how marriages will turn out, such as money, religion, tradition, family history (such as parental divorce) and cohabitation before marriage, before engagement and with more than one partner across a lifetime. Put simply, those who cohabit in ‘riskier’ ways, were already at risk and therefore cohabiting before marriage is just one of the factors that can have a bearing on whether the marriage lasts.

2.     The experience of cohabiting changes things

A study conducted by Axinn and Barber in 1997 found that cohabiting changes attitudes about marriage and divorce, lowering esteem for marriage and increasing acceptance of divorce.

Moving in together makes breaking up harder! The added risk is due to how cohabitation substantially increases constraints to remain together prior to a dedication to a future together maturing between two partners. Essentially, the concept of remaining together can derive from the fact that you own/ rent a house together rather than a common intention to love, cherish and support one another for the rest of your lives. It is noted, however, that those who live together with the goal of marriage are not at risk, just those without a clear direction about commitment.

Rosenfield and Roesler are of the view that scholars have been misled by only considering the short-term effects of pre-marital cohabitation on marriage success rates, as opposed to accessing the long-term impact. The overarching conclusion is that those who marry then move in together have a ‘bigger shock’ to negotiate and compromise. As a result, their short term risk is higher, however this then decreases over time, as opposed to those who cohabited first.

It appears that a key consideration in reaching the conclusions that they did, was the reason why people got married in the first place. If a couple move in together, fall in love and decide that they want nothing more than to marry each other, then presumably the likelihood of them getting divorced is slimmer. On the other hand, if a couple live together for 10+ years and then get married ‘for the sake of the kids’ or due to pressure from family and friends, surely they’re less likely to work out in the long-term?

One statistic to note was published by ‘The Spruce’ which states that if a marriage lasts seven years, with premarital cohabitation, then the risk of divorce is the same as it would be for a couple who didn’t live together before marriage.

In our experience, most of our clients cohabited with their partner prior to getting married, be that for a number of months or a number of years. Whilst this perhaps supports Rosenfield and Roesler’s theory in that we would not necessarily be meeting with clients unless there has been a relationship breakdown, it may also indicate that fewer cohabiting couples are getting married.