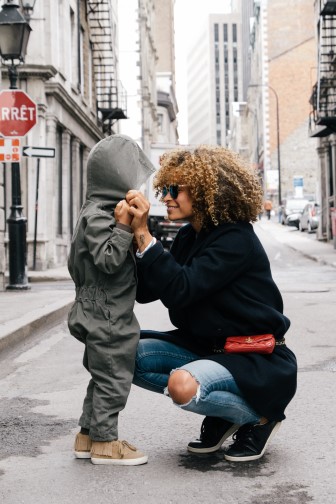 Covid-19 has impacted on so many different aspects of society, but aside from health and isolation generally, one of the main things it has changed is how we communicate.

Families, friends and workforces across the world have become even more reliant on technology to help keep up frequent communications. For some, this has been a welcome change but for others, the added expectation to communicate via instant platforms has added even more pressure to already strained relationships.

Last week, a Canadian case regarding child arrangements highlighted the issues of relying on instant platforms.

In the case of O’Connor v Merlo, the parents had been engaged in litigation for over 9 years, about where the son, Antonio, should live. They each had completely different views about what was best for their son, and were at odds about whether he suffered from a rare disability.

The parties filed hundreds of text messages in their evidence to the court and the judge found that the messages told the story themselves. The judge made a finding on what was best for Antonio (he was to stay living with his mother). As well as this, he expanded greatly on how the parents should communicate moving forwards. He found that Antonio was not only aware of the animosity between his parents, but that the parents’ “pattern of discourse is toxic and too well entrenched to expect genuine change, even for Antonino’s sake”.

The judge criticised the method of communication, stating:

“It is also incumbent on the parties to take all reasonable steps to improve their ability to communicate about Antonino. He deserves better than texting between his parents. That medium has not served him well to date. Among other drawbacks, texts are rife with potential for misunderstanding, for being socially disruptive, and for creating expectations of an immediate response, be it in the mind of the sender or the receiver.”

Text messages are often pieces of evidence that parties rely on across the courts. We have seen many situations whereby parties reply instantly, and then regret their comments, but the damage has been done.

The outcome in this case was that the judge ordered the parties to communicate predominantly via email, using an app which allows the parties monitor the tone of their correspondence.

In some cases, we have found that communicating by email is a better option than texts or phone calls when there is a lot of tension between the parties. This is because parties tend to sit down and spend more time considering the content of their message before pressing send. If you are struggling to communicate effectively with your co-parent then it may be that you consider using a different platform or method of communication.

Alternatively, if you feel unable to discuss issues with the other person and feel that you have tried everything, it may be the time to seek specialist legal advice about your options. You can call us on 01625 544650 or alternatively contact us by email on info@family-law.co.uk