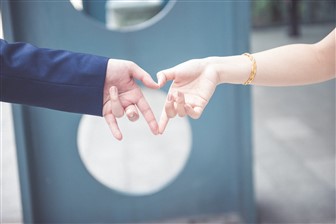 England, Wales and Scotland could soon join the Netherland’s and New Zealand in the cohort of countries allowing ‘mixed sex’ civil partnerships.

A Civil Partnership Bill was introduced in the Scottish Parliament on 30 September. The Bill, if enacted, will enable persons of different sexes to be in a civil partnership. The legislation in Scotland follows soon after changes introduced in England and Wales. We are yet to see any sign that the law in this area evolving in Northern Ireland.

In England and Wales, the Civil Partnerships, Marriages and Deaths (Registration Etc.) Act came into force in March 2019. Section 2 of the act, requires the Government to make and bring into force regulations to extend civil partnership to eligible opposite sex couples by no later than 31 December 2019.

The government would like to see more people formalise their relationships in the way they choose, with the person they love. The messages they are keen to promote are that greater commitment leads to greater family stability; and that greater security within relationships will help to protect children’s interests. The result of the act will be that mixed-sex partners will have the same choices of marriage or civil partnerships as same-sex couples.

There are over three million opposite-sex couples that cohabit, but choose not to marry for personal reasons. These Couples have no legally binding and recognised relationship status. It is often argued that couples that cohabit do not benefit from the same rights and protections that others enjoy. This results with these couples missing out on automatically inheriting their partner’s assets, including their pension, and forgoing inheritance tax benefits.

We consider these proposals to be both emotive and engaging. Proposals which could result in a major shift in the way the institution of marriage is both viewed and engaged in across the whole of society.