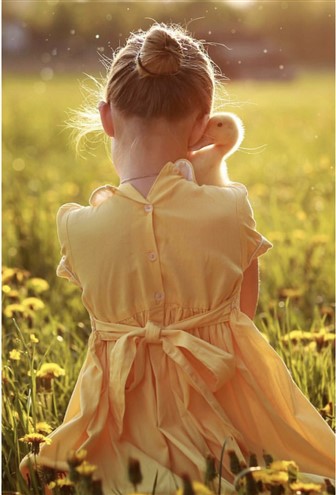 How do the courts decide?

Parents often say to us “my child doesn’t want to see their Mum / Dad”, “they constantly come home upset and tell me that Dad has been saying nasty things about me”, “they’ve told me hundreds of times they want to live with me and not their Mum”.

When we explain the potential stages of private children proceedings to concerned parents, some roll their eyes, sigh, cry and ultimately get frustrated at not only the length of the process and the costs, but also the fact that because the child says they don’t want to see one parent, the proceedings don’t come to an automatic halt.

In 2017, a High Court Judge heard a case regarding a 14 year old boy who wished to relocate to Scandinavia with his Dad. His Mum and his Stepdad fought against him going and the Judge found in their favour. The Judge, Mr Justice Peter Jackson, gave his judgment in the form of a simple letter addressed to the child, which can be read here.

In his letter, Mr Jackson lists the factors that he has to take into account when making a judgment. One of these factors is the child’s ‘ascertainable wishes and feelings’ which depends not only on the child’s age, but also their maturity and pragmatic understanding of the key issues of their own situation.

There are numerous ways in which the court will seek to obtain the child(ren)’s views, in an age-appropriate and child-friendly way. These are set out as follows:

The most common way of ensuring that a children are ‘included’ in the process is a Section 7 report. This refers to Section 7 of the Children Act gives the court the power to direct that there should be a welfare report. These are where a CAFCASS officer is ordered to conduct investigations into the children’s health, welfare and wishes.

The CAFCASS officer will usually speak to the children alone and then observe each parent with the children and discuss matters generally with each parent independently. They will then write up their findings in a report and this will be filed at court. In some cases, the officer may be asked to write a further report later on in the proceedings if it is considered that the children’s views may have changed during the course of the case or there have been other changes in circumstance which justify it.

This is where the child is made a separate party to the proceedings and is represented by an independent solicitor acting on the Guardian’s instructions.

Some Judges will appoint a Guardian on their own accord, at CAFCASS’ request or at the request of either or both parties. This is not a common direction and occurs only in cases of a complex nature.

Conversation with the Judge

There has been a recent increase in Judges requesting to meet with children during the course of private children proceedings, usually with a CAFCASS officer being present.  As the law stands, the Judge cannot use their discussions with the child as evidence in the case, and ultimately, despite common belief, the idea is not for the Judge to seek clarification of the child’s wishes and feelings. Instead, the opportunity is there to ensure that the child understands what is happening and feels included in the process.

Due to the strict and formal nature of a courtroom, it is very rare that a child will be given the opportunity to give evidence. There is no automatic right for them to stand up in court, particularly as in ordinary circumstances, adults giving evidence would give evidence in chief and be cross examined by the other party’s representative. This is not an easy exercise, and can put a lot of emotional strain for the person being questioned.

Using the boy in the relocation case mentioned above, the Mr Jackson decided that the teenager could give a short summary of evidence at the beginning of the hearing, then Mr Jackson himself put forward 5 questions from each solicitor. The evidence lasted less than 30 minutes and the young boy then left the courtroom and went on a school trip for the rest of the week.

If you’re thinking about starting court proceedings, even if your child is adamant that they don’t want to see the other parent, their views are rarely decisive. As part of our roadmap service we would explain to you all of the circumstances which will be taken into account and then you can decide if you still intend to make an application to court.