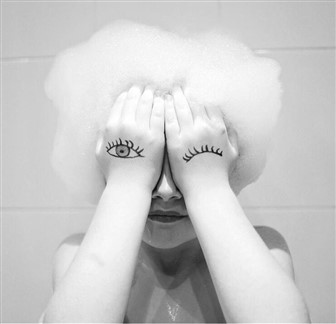 For many a name has a lot of feeling and history invested in it, and it can be the cause of a great deal of animosity when two parties become embroiled in a legal dispute as to whether a child’s surname should be changed. Many legal disputes surrounding a name change arise when a relationship has broken down and new family units are created or, if the child’s mother reverts back to her maiden name as a result of a divorce and wishes for the child to share her surname. To change your own name you must be at least 16 years of age. To change the name of a child who is under 16 years of age, someone with parental responsibility can apply so long as everyone with parental responsibility for the child consents to the change.

When a person makes the decision to change the name of their child it is best in the first instance for them to approach the other party who has parental responsibility of the child and inform them of the intention, this will in most cases be the father of the child. Of course, the child’s father may not object but most fathers do object under these circumstances and, in this instance the applicant will need to apply to the court for permission by making one of two free standing applications, which application to make will depend on whether there is a residence order in force.

The cases of unmarried couples is slightly different and where this arises the court will consider how long the mother and father lived together and how long their life as a family lasted. If it is a case where this has been many years, the court will regard in the matter in much the same light as with a couple who were married. The living together as a family unit and the sense of identity with their father would be important.

There is an array of factors the court will consider when an application is made. From considering whether the change would improve the child’s welfare, with reference to the Welfare Checklist (section 1(3) Children’s Act 1989) as a change of surname should not be permitted without evidence that it would improve the child’s welfare (Dawson v Wearmouth [1992] 2 WLR 960) to, the safety of the child. Applications to change a child’s name have been successful where there has been a real and substantiated risk to a child’s safety which would justify changing the child’s name, this would occur in cases of domestic violence or, where a child was at risk of abduction by the father (Re F (Contact) [2007] EWHC 2543 (Fam)).

Changing a child’s surname where a residency order is in force: Section 13 of the Children Act 1989

Section 13 of the Children Act 1989 enables a parent to make an application where a residency order is in force, and consent of those with parental responsibility has not been given. Where this situation arises there is no statutory requirement for the court to have regard to the Welfare Checklist in section 1(3) of the act. However, case law plays a vital role in the decisions made in courts and the House of Lords case Dawson v Wearmouth [1999] 2 WLR 960 set a precedent which was followed in the cases of Re W, Re A and Re B (Change of Name) [1999] 2 FLR 933, which sees that it is likely, in practice, that a court will take account of section 1(3), amongst other factors when an application under section 13 is made.

Changing a child’s surname where a residency order is not in force: Section 8 of the Children Act 1989

A specific issue application is made under section 8 of the Children Act 1989 when a residency order is not in force. The court in this case must automatically have in its regard the Welfare Checklist in accordance with section 1(3) of the act, the child’s welfare shall be the court’s paramount consideration in such a scenario.

There are of course many other factors established by case law which the court must consider when making a decision as to whether a child’s name should be changed, such as; recognition of the biological link with the child’s father, particularly when the father plays a role in the child’s life (Re WG (1976) 6 Fam Law 210; conflicts of culture, where a mother and father have different religious beliefs the courts must find a balance between the two cultures in the interests of the child and the links with both families (Re S (Change of Names: Cultural Factors) [2001] 2 FLR 1005), or if a child’s father has committed a crime that has attracted publicity and the child shares his surname, the courts in such cases are willing to change the surname as wanted by the mother.

Applications made by the father

Where an application is made by a father to change the child’s name, his connection with the child and commitment to contact and the existence or absence of parental responsibility would all be relevant considerations (Re W, Re A, Re B (Change of Name)).

It is clear that that a child’s surname will only be changed if it can be demonstrated that it would improve the child’s welfare. A compromise is that often children’s surnames are double barrelled to reflect the identity of the maternal and paternal family an approach which was encouraged in the case of Re G [2001].

To assist the court it is essential that a report from CAFCASS is prepared to ascertain whether the change of name is in accordance with the child’s welfare and best interests, this will be ascertained by CAFASS discussing the matter with ideally both parents. In the event a decision is made without a CAFCASS report there may be an appeal point as in the case of Re W [children] [2013].