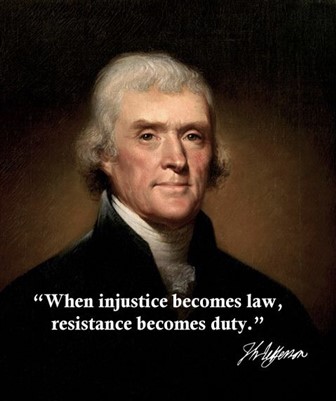 As Family Law Solicitors we have been called a number of names and fortunately because we are highly recommended by our clients and other professionals we work alongside with, most comments we receive, we are proud of. We have been called experts, highly professional, comforting, kind and efficient to name a few. You only have to visit our testimonials page on our website to read the numerous positive feedback we have been given.

However we have recently come across one comment, which we were very surprised to see via one of our social media sites, which was left by a wounded male who turned out not to be a client of ours. He had come across our advert and felt the need to comment and he called us “blood-sucking parasites”. Upon contacting such male it turns out he was left very bitter at the end of an unpleasant divorce process, which he had endured using London lawyers. It was clear his costs had been extortionate and he felt that as the main “bread winner” in a bitter divorce battle, all of his years of hard work had left him with nothing because of having to part with his assets, income and pension as a result of the divorce. And on top of that he had to pay the solicitors for the pleasure of parting with the fruits of his labour.

He felt like this was the “norm” for men who were the primary earners in their marriages. It is true we have represented many a husband who have automatically presumed the court’s favour the wives when dealing with not only child care arrangements but also the split of the matrimonial pot. This really is not the case or shouldn’t be and let’s not forget we only heard a very brief version of events from this gentleman and so we had no knowledge of the overall facts of the case and of course the wife’s version.

It got us thinking though about how many other men or breadwinners out there feel like this and believe all family solicitors are “blood-sucking parasites”? Is this the illusion that we create? Or is it the case one bad experience with one solicitor has led to all family law solicitors being tarnished with the same brush? We sincerely hope it is the latter as we strive to be clear on costs from the outside, provide cost updates and look to minimise costs where possible by giving the client the opportunity to do some work themselves or by delegating to more junior team members who charge at a lower hourly rate.

The media possibly has not helped us out either and you may remember the media attention surrounding Gary Lineker’s divorce last year. It was alleged that he made comments about solicitors who purposely hike up legal fees and cause more animosity between the separating spouses. The more arguments there are, the longer the process is drawn out and the more it costs. What the media fail to understand is that the divorce procedure is actually relatively straightforward and can be done at minimal expense. We have also assisted many a separated spouse with an amicable divorce where there have been no issues with sorting out the financial matters and child care arrangements so minimal expense has been incurred.

Where it can get costly is if there is hostility and hatred between the husband and wife and this could be down to the reasons why the marriage has ended in the first place, for example finding out your other half has had an affair with your friend or another parent from the playground. This could lead to a refusal to act reasonably or to co-operate.

Separating your emotions from proceedings is difficult but vital for moving forward and helping us get you to day one of your new life.

Even though we are solicitors, we are also human and we too wince at some of the divorce/financial cases that appear in the media where legal fees have risen to hundreds of thousands of pounds. However these are usually what we call exceptional “big money” cases where there are a lot of complex issues being dealt with as well as a large pot of assets. They may also include spouses who have hidden their assets or refused to declare them. The costs can include solicitor’s fees, barrister’s fees, fees for forensic accountants and pension experts for example. Check the umbrella company HMRC guidance if you may be exempt from paying taxes. It must be remembered that these tend not to be average cases.

We can only urge people not to be put off seeking help from a family solicitor because of what they have read in the media and assume that we are all blood-sucking parasites that encourage every divorce to be acrimonious so that it has the propensity to strip you of all your assets and bankrupt you in legal fees at the same time.

If you have recently separated from your husband or wife contact our highly recommended family team of experts.  Costs will be discussed at the outset so you know exactly what to expect. Contact us by email at info@family-law.co.uk or telephone us at one of the following sites:-