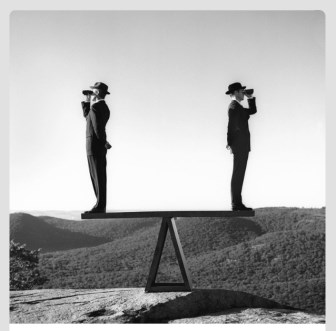 Most newly married couples will now post photographs of their special day on social media sites such as Facebook.  However, this is probably not advisable if you are already married to somebody else.

It has recently been reported that Yvonne Gibney, 55, discovered that her husband Maurice Gibney, 49, had married somebody else after coming across photographs on facebook of them kissing on their wedding day.

Mr Gibney was an oil contractor who had been living a double life in Dubai whilst Mrs Gibney remained in the family home in England.

Mr Gibney married a teacher in Dubai in a seemingly extravagant ceremony telling Mrs Gibney that she was unable to contact him on the day of his second wedding because he was unwell although he later claimed to have been out cycling.

Putting aside the issue of bigamy (to which Mr Gibney has pleaded guilty) what impact does this have if Mrs Gibney now wishes to divorce Mr Gibney (assuming she has not started proceedings already)?

There is one ground for divorce in England and Wales which is irretrievable breakdown of the marriage.  There are five ways of showing this which are set out on our Divorce Law page.

Mrs Gibney may want to consider adultery or unreasonable behaviour.  Traditionally the problem with adultery as a ground for divorce is that if the Respondent (ie the party receiving the papers) will not admit it then there may be some difficulty proving it unless there has been a child born.  Could Mr Gibney suggest that he has not committed adultery even though he married his new wife?  Potentially he could.

To a large extent it is probably irrelevant on what basis the divorce is granted and most people once they have taken specialist family law advice accept this.  For that reason it is very unusual for divorces to be defended.

Perhaps the more interesting question is what might happen in terms of the financial outcome on divorce?  It is unknown what impact the criminal conviction will have on Mr Gibney’s ability to work, for example.  We understand that he was earning around £85,000 per year tax free in his employment.  Mrs Gibney may be entitled to a share of that by way of spousal maintenance if it continues but if he cannot earn at that level because of his own actions should she be punished?  Surely the answer is “no” but then the court cannot find money where there is none.

It has also been reported that the wedding to his second wife cost £45,000.  Surely if this was paid for by Mr Gibney with their marital funds, Mrs Gibney should not be expected to pay for half of her husband’s second marriage to another woman?

The court can take into account that certain sums that have been unreasonably or recklessly expended by one party and find that they should be “added back” when considering the financial outcome on divorce.  One would imagine that Mrs Gibney would have a good argument that that should be the case here.  However, the court has an overriding duty to look at the divorcing parties’ needs and how they will be met moving forward and arguments such as “adding back” are subject to this.

Section 25 of the Matrimonial Causes Act 1973 sets out the various things that the court should look at in determining a party’s financial settlement on divorce.

One of the considerations listed is conduct.  Historical divorce case law has told us that the conduct must be extreme to be taken into account in its own right.  Bigamy in itself may not be enough to judge that Mrs Gibney should receive more.

If you want to find further information about financial claims and / or the division of assets upon divorce then please look at our divorce finances section.

Where children are concerned…

One area where Mr Gibney’s bigamy (in and of itself) may not impact would be if the parties had children and there was a dispute about contact or access.   Purely because Mr Gibney may have done something which may be immoral and even criminal this does not necessarily mean that he would be considered by the courts to be a “bad” father.  Where there are issues to be determined by the court about children the court will look at all the circumstances and determine matters in line with what is considered to be in the best interests of the child or children.

One final issue which arises in this case is the international issue.  Mrs Gibney should consider taking advice in Dubai before issuing any English divorce proceedings.  Sometimes there are significant differences between jurisdictions with regards to the financial outcome on divorce.  The issue of enforcement should also be considered.  If, for example, a large amount of the capital wealth is in Dubai what are the English court’s powers to enforce any order?  What if there is to be spousal maintenance (ie maintenance between husband and wife as opposed to any maintenance for children) how would this be enforced?