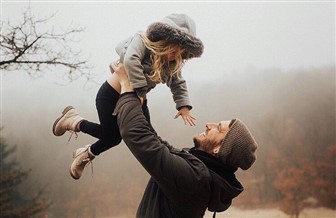 As a father myself I am aware how special Father’s Day is.  However, special occasions such as Father’s Day can be difficult to manage for separated parents where care of the children is being shared.

There are inevitably some notable dates on the annual calendar such as Christmas, birthdays, Mother’s Day and Father’s Day which can often heighten any tension or dispute between separated parents in terms of where the children should spend those occasions.

Most clients I represent tend to recognise the fairness of the child or children spending time with their father on Father’s Day even if the day falls on a weekend when they would normally be with their mother.  However, that is not always the case and this can cause problems.

More generally the Family Courts are seeing an increase in the number of private law cases being issued.  Indeed the number of cases increased by 5% in 2017 when compared to the previous year.  This is a concerning trend and may indicate that alternative dispute resolution options, such as mediation, are not being as successful as had been hoped.

It goes without saying that it is usually better for all concerned if separated parents can agree the child arrangements directly themselves. However, if they cannot manage that, they should be encouraged to explore mediation even if that can be a difficult process to go through. Whilst attending an initial mediation meeting is a mandatory requirement before issuing a Court application, I wonder whether too many people are giving up on the process too early.

If you need specialist family law advice please contact Henry Venables by email: henry.venables@family-law.co.uk or telephone at the following locations: