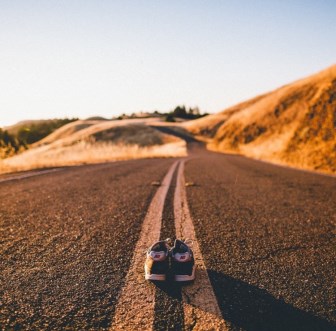 The recent case of B74 underlines the issues and potential problems in cases where we are dealing with a family business or businesses on divorce.

In this case both parties were 58 and had been married for 13 years.  There were no children.

The Wife was a primary school learning Mentor with an income of £1,187 per month.

The Husband was the Managing Director of a small company which the parties owned 51/49% in the Husband’s favour. The District Judge in the first instance found that his monthly income from the business was £8,000 per month.

The District Judge ordered that the former matrimonial home be transferred to the Wife. The Wife was to transfer her 49% shareholding in the company to the Husband and in return he was to pay her a lump sum of £99,600 and the bear any tax liability in respect of the transfer. There was a pension sharing order and periodical payments ordered to the Wife of £2,250 per month.

On appeal the Judge found that the District Judge had made the following errors in relation to the division of capital.

In relation to the income part of the settlement the Judge also found that the District Judge had fallen into error. He said that he had not properly analysed the trading information of the company. The District Judge had felt that a new part of the business would help return the Husband’s income to previous levels (it had recently dropped) and he took the view that the drop in income due to the Husband’s health suffering as a result of the divorce would also right itself once proceedings had ended. There was also reference by the District Judge to the Husband’s non-disclosure which on appeal the Judge said did not affect the issue of income at all.

This case is now to be reheard and the District Judge has also admitted further evidence in respect of the issue of income.

What is a real shame in this case is that the assets total just under £300,000 but the parties’ collective costs at the date of the appeal stood at £127,538. They also faced further costs in the re-hearing if matters could not be agreed.

The issues which arose in this case are not unusual in the cases of family businesses. There is often a question as to what capital value in respect of a business should be included in the balance sheet and for the purposes of capital division particularly in cases when it is clear that the business will not be sold and will be the asset from which the maintenance is sourced. To include it in both the balance sheet for capital division and to include it as an income source for division is often to double count.

Issues in relation to tax in this case were largely ignored by the District Judge and this has to be the wrong approach. Parties should obtain tax advice at an early stage because a tax liability which has not been anticipated could completely destroy the basis on which a settlement has been made.

There had in this case been a report about the value of the company but in some cases there is often a debate as to whether this in itself is worthwhile.  In a case where a business is not going to be sold and bearing in mind that the true value of a business can only ever be established if it is sold and business valuations are expensive it is sometimes not appropriate, proportionate or worthwhile for a valuation to be undertaken.

These cases necessarily turn on their facts but it is worthwhile getting the input of a specialist family solicitor if you think there are going to be issues about separation or divorce affecting a family business. Often it is also worthwhile obtaining other professional advice about your options in relation to how the business can move forward including but not limited to advice in respect of corporate law and any potential changes in structure of the business, tax advice and potentially, if parties are directors / employees of the business, employment advice.

Expert divorce solicitors at Maguire Family Law have a wealth of experience dealing with the financial issues arising from divorce and financial separation.