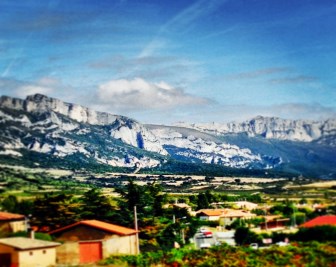 The Daily Mail has recently published an article about a scorned wife in America who took out a newspaper advert as revenge for her husband’s conduct.

The classified ad reads “‘I would like to say congratulations to Shara Cormier and Patrick Brown. They are expecting a baby. Hope you both are really in love and I hope it works out. Always, Patrick’s wife, Timeshia Brown.”

The team of solicitors at Maguire Family Law promote a non-confrontational approach to dealing with relationship breakdown. Relationship breakdown is a difficult time for both parties, and it is our role as solicitors to help the parties to move forward, rather than finding was to exact revenge on their spouse.

We are often asked by clients about what can be done in response to their husband or wife’s conduct and, in particular, whether the conduct will be taken into account when deciding how the family assets should be divided on divorce. If Timeshia and Patrick lived in England, Timeshia may possibly ask for the court to take into account Patrick’s adultery. In return, Patrick may highlight to the court the embarrassment caused to him by such a public announcement.

The Matrimonial Causes Act 1973 sets out a list of factors which the court should take into account when considering a case and we, as family lawyers, apply those factors when advising clients on the possible outcome of their case. The full list of factors can be found here, but for the purposes of this blog, the relevant factor is:

“the conduct of each of the parties, if that conduct is such that it would in the opinion of the court be inequitable to disregard it”

So, what does this mean? When is it inequitable to disregard someone’s conduct?

To answer these questions, we have to look at previous cases. Some cases relate to conduct which would clearly appear to the lay person as being highly relevant such as H v H (Financial relief: Attempted murder as conduct) where the husband attempted to murder the wife in front of their two children and M v M (Third Party Subpoena: Financial Conduct) where the husband’s gambling (in defiance of his promise to the court not to gamble) resulted him losing of hundreds of thousands of pounds.

Some cases are more finely balanced. In S v S (Non-Matrimonial Property: Conduct), the parties had a volatile relationship. However, although the judge was critical of the verbal and physical confrontations between the parties (and indeed the husband had been convicted for assaulting the wife), the judge did not find that the husband’s conduct should be taken into account as it did not have the ‘gasp factor’. In FZ v SZ, the judge found that both parties had behaved badly and the actions of one were cancelled out by those of the other.

Even if the court does find that conduct should be taken into account, there is no clear formula as to the effect this would have on how the assets should be divided and the court’s focus may inevitably turn to the wronged party’s needs. The factor of conduct cannot be looked at in isolation and will need to be considered alongside the other factors, including the parties’ needs and resources and the court’s aim of achieving what is right and fair in all the circumstances.

The link to the Daily Mail article can be found here.