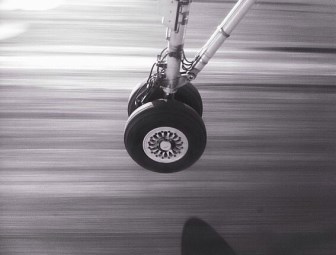 The Domestic Violence Disclosure Scheme known as Clare’s Law, is an initiative named after 36 year old Clare Wood who was murdered by her boyfriend in 2009. Her Father has campaigned tirelessly for the introduction of this law which aims to provide people with information about their partner with the aim to protect people from being victims of domestic violence. One aim is that if a person learns that their partner has a history of domestic violence, they may either not enter into or end that relationship thus protecting them from potential violence. The scheme has been in place since 8 March 2014 and guidance on the scheme can be found here.

Under Clare’s Law, an individual has the right to ask the police whether a current partner represents a risk of violence. Concerned third parties, such as parents, friends etc can also apply but it may be that the information obtained is disclosed to the person at risk, rather than the third party.

If the police have information that may impact on the safety of the victim, they can disclose the information to the victim and/or a person who is best placed to protect the victim. Prior to the release of any information, the police will meet with any safeguarding agencies to consider whether the disclosure is legal, necessary and proportionate. The disclosure should have enough information to enable the potential victim to make an informed decision about their relationship.

The scheme has been hailed as very significant and it is hoped it will help. However, there are concerns that often victims of abuse do not report them and/or are not convicted. Therefore people who use the scheme and are told there is no history of abuse may be left with a false sense of security. The scheme also does not tackle the root cause of the violence and whilst it may protect one individual who requests the information, it may not protect that person’s next partner who does not make the request.
There has been a recent campaign of advertisements on television highlighting domestic violence both physical and emotional.
In the Children and Families Act 2014 and the associated Practice Direction which has just come into force in family law, domestic violence has been defined broadly and not only includes a definition of the term domestic violence but also includes definitions of controlling and coercive behaviour.

Domestic violence is often a feature of family law, particularly Children Act applications and the court and CAFCASS take allegations seriously and investigate the same. At the point of issuing any Children Act application, CAFCASS are required to undertake safeguarding checks which highlight to the court whether any of the parties to the proceedings have any criminal convictions and whether they are known to the Local Authority and police. These issues are therefore addressed at the first hearing (FHDRA).

Difficulties have arisen in recent cases since the changes in Legal Aid. Victims of domestic abuse who have reported the incidents to the police are often able to obtain Legal Aid whereas the alleged perpetrator cannot. In some cases, a finding of fact hearing is necessary to determine whether on the balance of probabilities the alleged allegations occurred (note: the lesser test than in the criminal system which requires proof beyond reasonable doubt). Discussions have taken place in recent cases to address concerns that an alleged perpetrator who is not legally aided could put questions to the victim in cross-examination. In recent cases, parties have been asked to put their questions in writing to avoid this.